Google Glass isn't yet available to the masses and hasn't even made its way to developers just yet. The next generation product will be shipping out early next year to developers who shelled out $1,500 during Google I/O back in June.

The concept of a small wearable headset that allows you to do many things completely hands free, is very intriguing. Vuzix looks to get in on the action with their very own product called Smart Glasses M100.

Any function that you can think of such as calling, sending a text message, taking a picture, browsing the web, and even navigating, will work with the M100. Essentially, any app that can output to an external display. When it comes to the display, it has WQVGA resolution, is in a 16:9 aspect ration, and is similar to looking at a 4 inch screen from about 14 inches away.

If you're out on a sunny day, with the brightness cranked up, you shouldn't have a problem seeing the display. Also, it'll work with either eye, whichever you prefer. Here's some of the other specs:

Developers can request the Vuzix Smart Glasses M100 kit for $999 here. As far as a consumer release, Vuzix says early next year, but we seem to have our doubts about that. Either way, Google Glass has some new competition and we'll be keeping a very close eye as things progress. 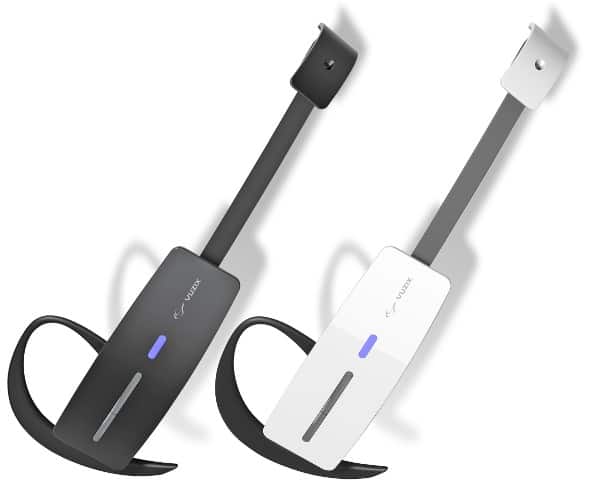