Often the best games are those built with something personal in mind, nowadays when we want to play games, we associate them with personal ideas and it's easier to do that if we can see something personal gone in the game. So, with that in mind, let's go ahead and take a look at something that was built for a father's son and a game that should bring back memories from your own youth.

Description: Joe's World is a game that's set in a number of different settings and sees a young boy embark on a journey to drive back evil enchantment. You'll have to help Joe explore his surroundings and then work his way through these environments to rid them of evil. Essentially, its a platformer that will see you interact with all the hallmarks of platformer games, such as ropes, moving platforms and checkpoints. Of course, there are the usual group of enemies to get past as well.

Opinion: When it comes to platformers, there's little that can be done at this point to change the formula but, Joe's World does a good job of bringing the best of the formula to new players. Joe's World is a game that will bring memories of playing Super Mario on the Super Nintendo and other blockbusters from the era. It might have some strange quirks to it, which is a shame as I can see that there's a lot of potential here and I wish the game would fully realize it.

How it Works: It's worth noting that there are a couple of different versions on the Play Store, there's a Demo Version as well as a Paid Version.  What's really nice about this is that both versions are ad free, what a bonus! Once you get the app up and running there are three levels to choose from. 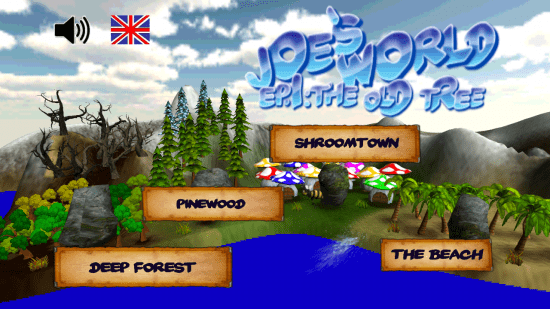 These are in the paid version and they each offer there own thing up to the app. For instance, "Shroomtown" is pretty self explanatory and is full of mushrooms, as well as the usual obstacles throughout the game. 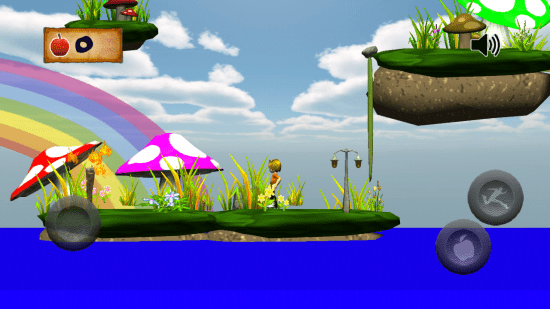 There's also the Pine Forest that comes with Pine Trees and a different look to explore. 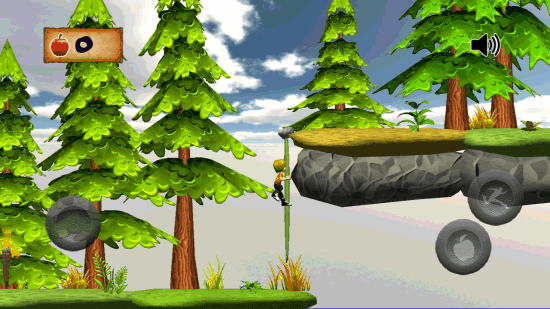 As well as this there is there is – what I think is the most interesting – Deep Forest, which is where the game best shows off it's colorful palette and ramps up the platformer attributes with a mass of ropes to climb and a whole lot of moving platforms to contend with. 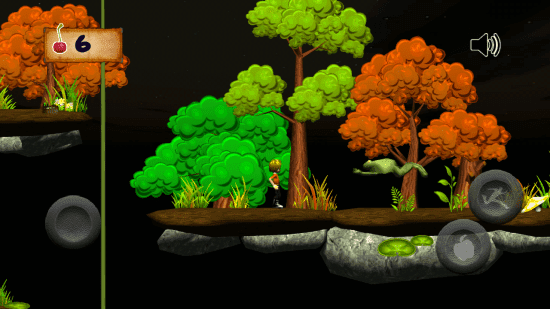 It's in the Deep Forest that it's easiest to come across fruit, which leads on to the controls of the game, you control Joe by moving the analogue stick left, right and up to climb. As well as this there are two buttons on the right hand side which are for jumping and then giving out fruit, which is how you ward off creatures that you wouldn't be able to get passed otherwise. 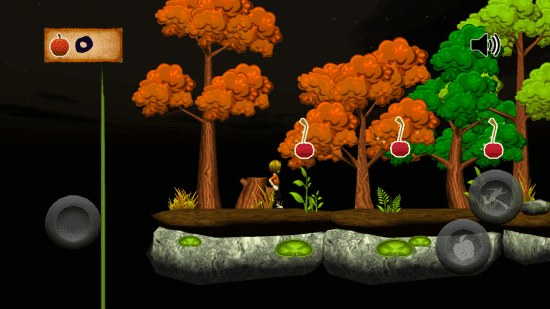 Conclusion: I've had a lot of fun whilst playing Joe's World and while there are some interesting quirks surrounding the game there's something that charms me about the game. It not only reminds of what games from yesterday were like but also reminds me that platformers are some of the best games around, Joe's World certainly has a way to go but as it stands as there's a lot to enjoy about it in its current form. The game is well worth a look and something I recommend.