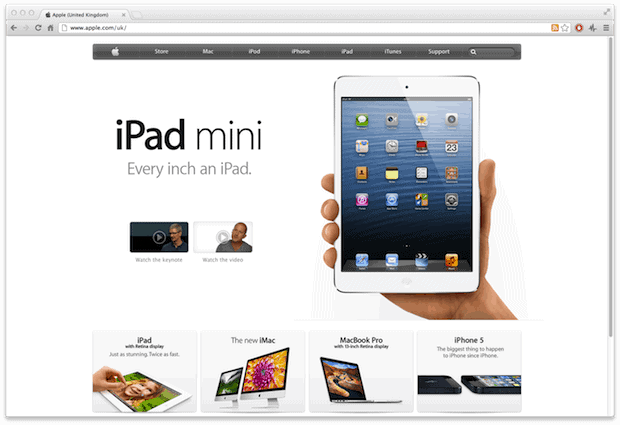 So we all know Apple has been suing Samsung all over the world. But unlike in the US, Apple hasn't been victorious in other parts of the world. In fact in the UK, Apple was ordered to apologize to Samsung and have the apology on their website for a length of time, in addition to having to take ads out in their local newspapers to apologize. But it looks like Apple tried to hide the short apology.

When I first heard this ruling by the judge, I loved it. I thought it was the perfect way to "troll" Apple. Making them publicly apologize to Samsung, saying that the Korean manufacturer did not copy them. But take a look at the picture below from Reddit, you'll notice something interesting between the US and UK websites.

It appears Apple resized the homepage of their UK website (www.apple.com/uk). So when you go to their website, most size monitors won't show you the entire page, so that the Samsung apology won't be seen. Now how is that fair? I think Apple needs to paste it across their entire homepage, right?  This is all thanks to some tweaking in the javascript code as seen below:

Looks like Apple is up to their same old tricks again. I think the judge needs to rethink this. What do you think?