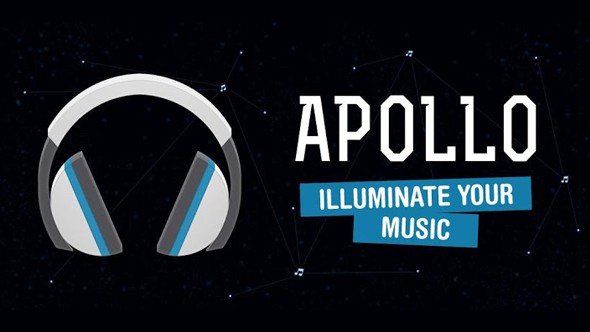 Apollo creator Andrew Neal is scratching his head as he tries to figure out how to get his app back in the Google Play Store. Both Apollo and Apollo+ (the free and paid versions, respectively) were removed yesterday from the app store due to alleged copyright infringement.

Neal posted to Google+ to keep users of the app informed.

Hey, just to let those of you who noticed that Apollo and Apollo+ are no longer in the Play Store know, MusixMatch filed a complaint and had them removed for alleged copyright infringement due to the way that Apollo fetches lyrics. I'm looking into the best way to handle this, and will be trying to get Apollo back into the store ASAP. That's all I know for now.

After reading through several of the comments in the string on his Google+ profile, there might be some grounds for pulling the app down. Music apps, in particular, face a difficult road in navigating the treacherous copyright waters.

Last month, we reported on Google's new deals with the entertainment industry. One of the key ways that Google was able to reassure media companies was by cracking down ever more severely on anyone who might bend copyright laws. The Play Store simply won't be able to supply music, movies, and books from the major players in the entertainment world if the company doesn't keep a tight rein on the content provided in apps.

Google already booted Grooveshark out of the system for presumably the same reasons, and Grooveshark still hasn't returned as of yet. We hope that Apollo will have a smoother road back to Google's good graces.

Apollo is the default music app for the Cyanogenmod, so it will be interesting to see how users of that community will respond. Will the custom ROM decide to use a different music player instead? We'll have to see.

Unfortunately, Apollo was only available on the Google Play Store for four days before being pulled down with allegations of infringement.