Skip to content
Trusted By Millions
Independent, Expert Android News You Can Trust, Since 2010
Publishing More Android Than Anyone Else
33
Today
93
This Week
845
This Month
3839
This Year
121448
All Time Today, you might have heard that the Nexus 4, 10, and the HSPA+ version of the Nexus 7 went on sale, and sold out rather quickly. You may have also heard that Android 4.2 started rolling out to the Nexus 7 and Galaxy Nexus last night, and it looks like the Motorola Xoom and Nexus S won’t be getting Android 4.2. But Google has released Android 4.2 SDK and a bunch of other goodies for developers. 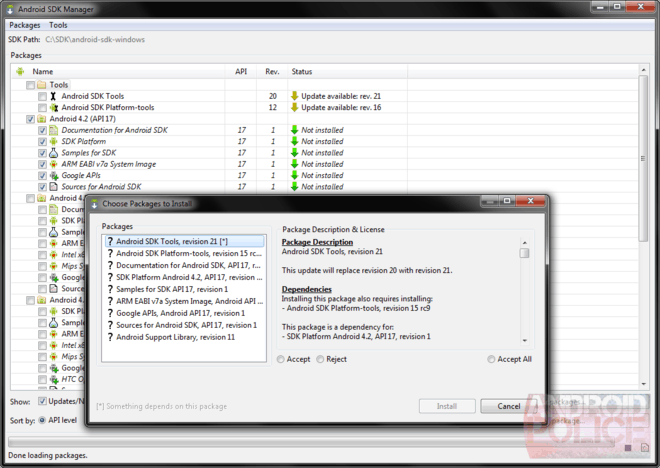 Along with the 4.2 SDK, the SDK Tools r21, NDK and some API docs were released today for our friendly neighborhood developers. Google is saying these include “Renderscript computation directly in the GPU” for the Nexus 10, “a first for any mobile computation platform,”. Along with lockscreen widgets, Daydream and more. Who wants some third-party lockscreen widgets? I know I do. 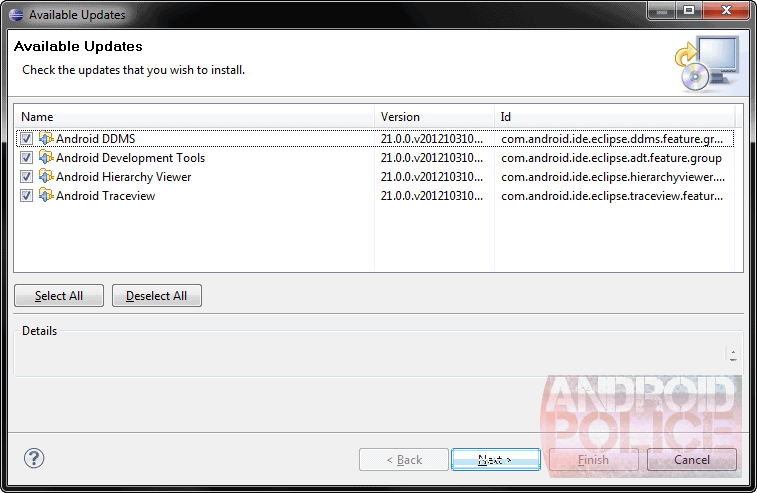 These tools are currently available for download. So soon we should start to see some apps updated to work with Android 4.2. So is there a new API level? Of course there is, its level 17, following Android 4.1 at 16.