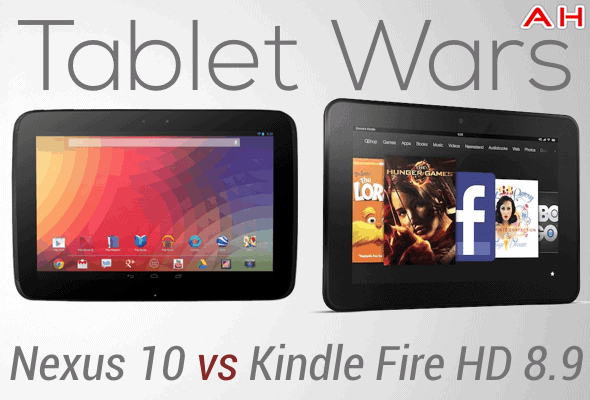 Welcome to another Tablet War, where we pit two tablets against each other in bloody combat, to see which one comes out on top! Okay, so, maybe it's not quite as glamorous as that but, we present with what you need to know before the jumping the gun on a tablet purchase. These two are a lot closer matched than you'd think they were. For instance, both of them are packing high-resolution displays but, which one has more pixels and which one can't keep up? There are a lot of questions to be asked and hopefully, with this latest edition of the Tablet Wars, we'll answer a lot of those questions. 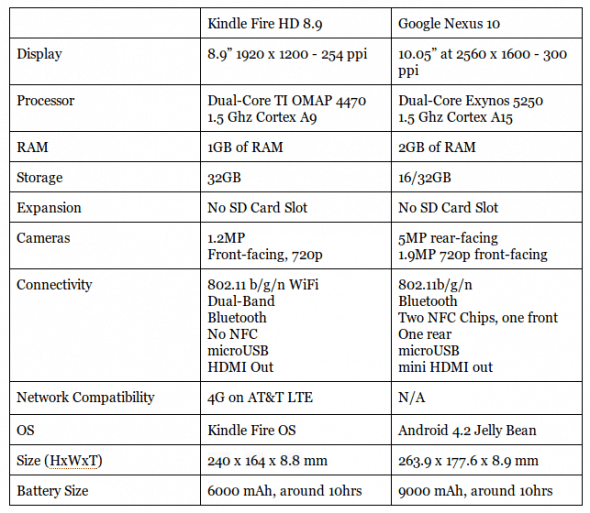 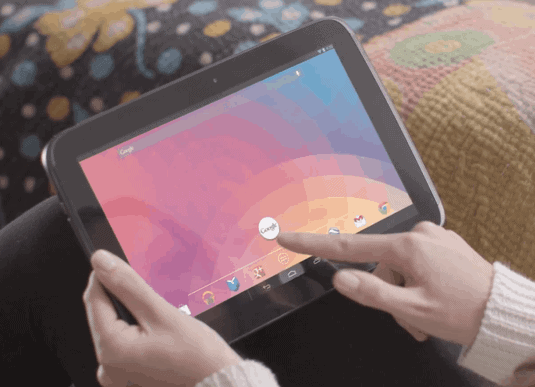 There's been so much said about the Nexus 10 that you've probably heard it all before. Google and Samsung have come together once again to make something truly brilliant and this time around it's not a phone but one of the best tablets on the market. Period. Whether that be Android or iPad. The iPad has the apps but here, the hardware is stunning and the Nexus 10, to me, seems more like a siren's song to developers than it does something for the real world. Of course, this isn't a bad thing as the more developers that come to Android, the better. It's no secret that Android on tablets isn't doing as well as it should be because of the poor amount of tablet optimised applications and with this, Google might entice another wave of developers to the platform. The screen on the Nexus 10 is the real killer here and it's absolutely gorgeous. Both the Kindle Fire HD and Nexus 10 come with dual-core processors but here in the Nexus 10 it's a Cortex A15 and the big jump makes a lot of difference in the everyday and will help pushing those pixels around. 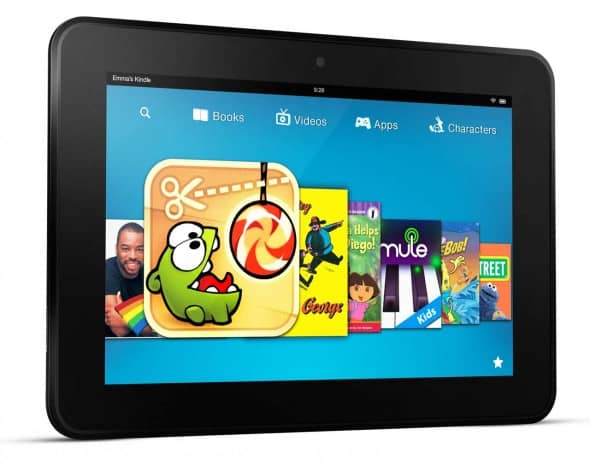 The latest and greatest from Amazon has been a long time coming and now that it's finally here they've certainly done a lot better than they did with the original Kindle Fire. The display on the 8.9 model is really quite nice and yet there's little content to take advantage of it it could seem a little bit of a waste. While the same could be true of the Nexus 10 there are a lot more tablet style apps in Google's Play Store than there are in Amazon's App Store. With dual-band WiFi onboard streaming HD content from Amazon will be a lot easier than it was in the first generation. Of course there are strong ties here to the Amazon storefront yet there's little this can do that you can't do on a Google Android Tablet and so it begs the question why you would really buy one? Of course, the size difference could be something to consider if you're not game for a 10" tablet. 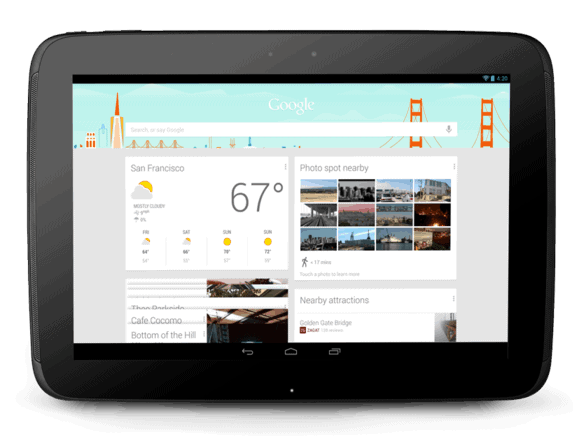 The Nexus 10 really has the edge against the Kindle Fire here, with a much nicer display, a faster CPU and double the amount of RAM there's little that the Kindle Fire can do to fight back here. Sure, the Kindle Fire weighs in a little cheaper but there's no real added value, in fact, with the lack of tablet apps in the Amazon App Store the only thing you'll be doing is reading and watching content on it. With the Nexus 10 however there's a real chance of waving bye-bye to the laptop and doing it all on here, the resolution of the screen is stunning at 2560 x 1600 and thanks to it being built by Samsung the panel ha some good color to it and the web will look brilliant, as will full HD movies. As for content, anything you can get on the Kindle Fire you can get here, Amazon is available on anything Android with the Nexus 10 you have a lot more choices besides that, Amazon have you penned in a very decidedly walled garden.