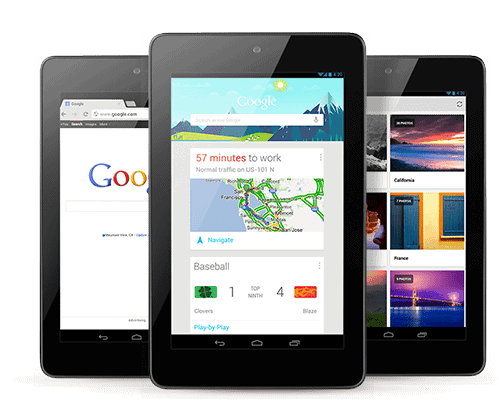 ASUS has revealed the sales volume of the Nexus 7 tablet that it manufactured in partnership with Google. The company says Nexus 7 sales have reached almost 1 million units per month – that’s almost double its actual sales volume, reports Wall Street Journal. The company’s CFO, David Chang had the following to say.

These numbers are just the beginning for Google as they have recently announced two new variants of the Nexus 7, a 32GB version and an upcoming 3G enabled model. So, with the addition of these two new models the numbers will surely climb. Google has also started expanding their tablet to other International markets in Asia and Europe to give it an edge over the competition.

Google still faces stiff competition this holiday season with the recent launch of the iPad mini and the latest Kindle Fire HD line-up. Although, the budget conscious consumers will still prefer the Nexus 7 for it’s more affordable price and decent specs compared to other tablets.

Do you think Nexus 7 can beat the sales figures of the iPad?