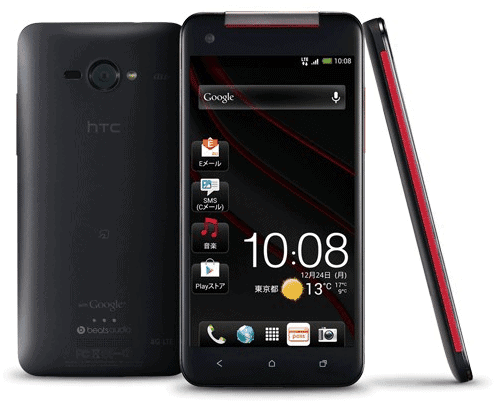 This past week, HTC announced the J Butterfly for Japan. It features a 5-inch, 1080p at 440ppi. Now yes that display is going to look amazing, but what kind of battery life can you expect on that device? Especially with a battery of 2020mAh? It can't be that good. The folks at ArsTechnica got a chance to interview Dr. Raymond Soneira on the matter of display myths.

In the interview, Dr. Soneira said that most people wouldn't be able to tell the difference between a 1080p display and a 720p display. Especially in pictures, since the picture is displayed over multiple pixels. In addition, the pictures would still look "fuzzy" no matter how high of a resolution display it's on.

"Even the tiniest image detail in a photograph is always spread over more than one pixel. The image detail is never perfectly aligned with the pixel structure of the display," said Dr. Soneira. "For ordinary viewing of videos, 1920—1080 is really not going to make a visual difference."

Dr. Soneira went on to say that the further away from your eyes you hold the device, the less sharp the display gets. Which kind of makes a 1080p display pointless, right? Also, anything over 229ppi (pixels per inch) your eyes can't digest, and therefore is a waste of pixels.

So while a 1080p display at 440ppi blows away that fruity phone from Cupertino, it is also a wasted resolution and waste of pixels. Which also means poorer battery life, not that we need to talk about how bad battery life would be on a 5-inch display with a 2020mAh battery anyways.