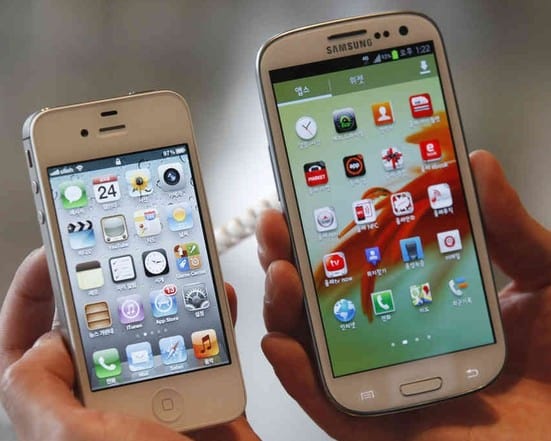 The Patent Wars. Am I the only one that sees these as the tech industry's equivalent of the Clone Wars? There seems to be no end in sight and if these patent disputes end up the way Star Wars' Clone Wars did then we're in for a pretty rough ride. Samsung have been hit hardest by this war, with the loss of that very high-profile case earlier in the year and more bad press concerning not only their relationship with Apple but how the court case has affected the devices that they are shipping now. There's no denying that this hasn't been great for Samsung but, it's beginning to look a little brighter for the Korean company as the USPTO have just issued a tentative ruling that invalidates one of Apple's key patents that was used against the company in court.

The infamous "rubber-band" patent has been deemed invalid by the US Patent and Trademark Office which should be good news for Samsung and I'm sure they're pretty happy about it but, of course, this is subject to appeal and Apple will certainly do so. The patent in question is number 7,469,381 is how Apple can defend the "bounce back" effect on the iPhone and the iPad that has also featured in Android since 2.3 Gingerbread and I'm sure you're all familiar with it. Now that it has been invalidated it could well mean a decrease in the amount of damages deemed appropriate to the Cupertino based company. Samsung were ordered to pay Apple roughly $1 Billion in damages because the Jury found them guilty of patent infringement concerning the iPhone however, the Jury didn't do all that good a job and this forms a large part of Samsung's defence but if the very patents that Apple came to rely on in court are no longer valid then Samsung could well build an even better defence around this.

It's highly unlikely that this will help Samsung all that much but, it is an important sign that perhaps the US Patent System is waking up to the damage that is being done to consumers as a result of Apple getting their way with patents. I'm not going to say that we don't patents, because we definitely do but the fact that Apple have been allowed to patent some of the things it has done is absolutely ludicrous. I hope that this is the beginning of the US courts realising that Apple shouldn't be getting the treatment they've relied upon for so long now.