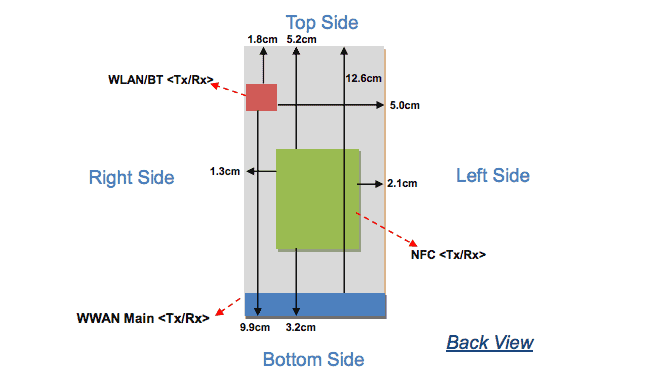 It looks like this is a tri-band device, unlike the Galaxy Nexus currently on the Play Store which is Penta-band. This particular filing only lists AT&T’s bands which are 850/1900 GSM. So those on T-Mobile are probably a bit sad to see this. The diagram above also shows that the device has a NFC chip, which is kind of a no brainer if this is truly a Nexus device.

By the way, that LG Optimus G that’s headed to AT&T soon has LTE, this filing above does not. So this could indeed be the LG Optimus Nexus that we are looking to seeing next month with Android 4.2. But it is still surprising that the device only has AT&T’s bands. Maybe there will be many different LG Optimus Nexus’ for sale in the Play Store? And keeping a few bands in the device makes it cheaper to sell? Since we did hear that Google is looking to sell the next Nexus even cheaper unlocked.

It’s Nexus season, no doubt about that. Would you buy an LG Nexus?