So we’ve just barely gotten Android 4.1 – Jelly Bean on all the remaining Nexus devices, excluding the Nexus One of course. And it’s now starting to roll out to the Samsung Galaxy S3. So that means it’s time for the next iteration of Android, going with their current naming pattern that would make it some desert that starts with a ‘K’. We’re putting our money on “Key Lime Pie” with it being Android 4.2. So who’s ready to jump into our full preview of Android 4.2? By the way this is all speculation and rumors, so do take this with a grain of salt as it has not been confirmed yet.

So when is Key Lime Pie coming?

We’ve been asked that so many times lately. Well we may have some clues to better help you guess when the big announcement will be made. It was recently made clear that Andy Rubin would be speaking at All Things D: Dive into Mobile on October 29-30th. So why does that matter? Well that is the same event where Rubin demoed off Android 3.0 – Honeycomb on the Motorola Xoom (the only non-Nexus device to be backed by AOSP) back in 2010. Here are some other dates of when new versions of Android were announced:

What about new Nexus device(s)?

We’ve heard so many rumors, and seen so many more leaks on this one. One of the first rumors we heard, was back in the summer before Google I/O, which was there would be five Nexus devices released this year. Recently we’ve even seen rumors of the newly announced LG Optimus G to become a Nexus device, along with a HTC Droid Incredible X variant to be a Nexus device and finally the Galaxy Nexus 2 has been leaked and rumored as well. So that’s three Nexus devices right there, plus the Nexus 7 and Q that were announced at Google I/O. But I don’t think you can count the Nexus Q since it never really started selling. 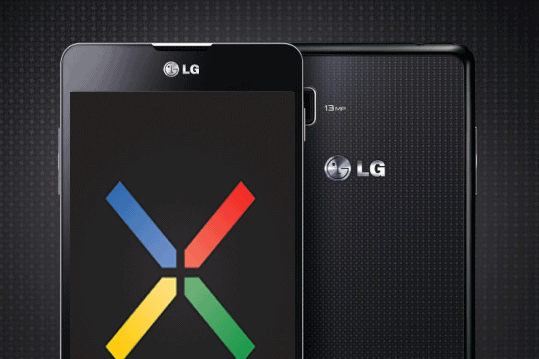 The LG Optimus G Nexus: This one is going to be big for LG. The South Korean Android Manufacturer hasn’t made a whole lot of “hot” devices that were available in the US. The most notable were the LG Spectrum and LG Intuition both on Verizon. And both didn’t do as well as the Motorola Droid Razr MAXX, Samsung Galaxy Nexus, or Samsung Galaxy S3. Hopefully with Google’s backing as a Nexus device we can see LG shine bright again. Especially with amazing specs as these: 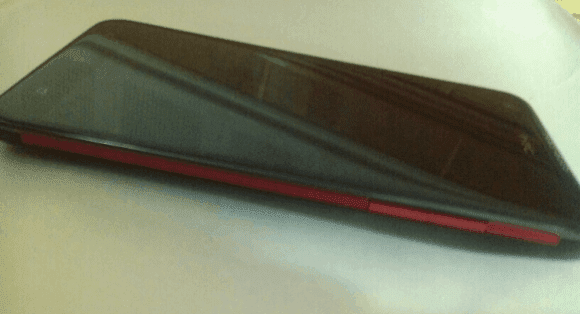 HTC Droid Incredible X Nexus: HTC desperately needs a Nexus device. We’ve all heard of the tough financial times HTC is having right now. The HTC One X helped a bit, but it’s not enough to give Samsung much competition. HTC did build the original Nexus, the Nexus One, and it did great. But it was also the very first Nexus device and billed as a “developers phone”. Now Nexus devices are more for consumers who don’t want to wait for updates and want the “pure Google experience” with no manufacturers skin including Sense, Touchwiz, and Motorola’s custom User Experience. Any anybody looking for a Nexus device at about the same size as the Samsung Galaxy Note 2 or the LG Optimus Vu, you’ll love these specs:

Samsung Galaxy Nexus 2: Well Samsung has made the past two Nexus phones, the Nexus S and Galaxy Nexus. Also Samsung doesn’t need a Nexus device as much as HTC and LG do. Samsung already has the Galaxy S3 and the Galaxy Note, and together they are expected to sell 50 million before the end of 2012. With a small bump in specs over the Galaxy Nexus, it will probably still be the top seller out of these three:

As far as these three Nexus devices go, I can believe the LG and HTC ones, but the Samsung Galaxy Nexus 2’s specs don’t look believable for a Nexus. As you may remember, Google is trying to get rid of the SD card since it confuses users. The internal SD card is named “sdcard” in the files. Most everyday users get that confused with the external SD card. But maybe Google changed their mind on that one? We’ll have to see.

Will the Galaxy Nexus, Nexus 7 and Nexus S get Key Lime Pie?

The Nexus 7 will definitely get Key Lime Pie since it’s only a few months old. The Galaxy Nexus will most likely get it. But the Verizon and Sprint Galaxy Nexus’ will probably have to wait for a few months before they get a test of Key Lime Pie. Now the Nexus S. This one I’m not to sure on. It’s just about 2 years old now, and it has already seen two major OS updates. I’m sure it could run Key Lime Pie, but the question is will Google drop support for the Nexus S, like they did to the Nexus One when Ice Cream Sandwich was released last year?

So what else could we expect from Android 4.2 – Key Lime Pie? Well recently Martias Duarte said that he was only 33% towards where he wants Android to be. So I can see some big changes coming. If not all in Key Lime Pie, we’ll have quite a bit of new goodies to tease our iPhone friends with by the time Android 5.0 hits next year. So what are your thoughts on Key Lime Pie?