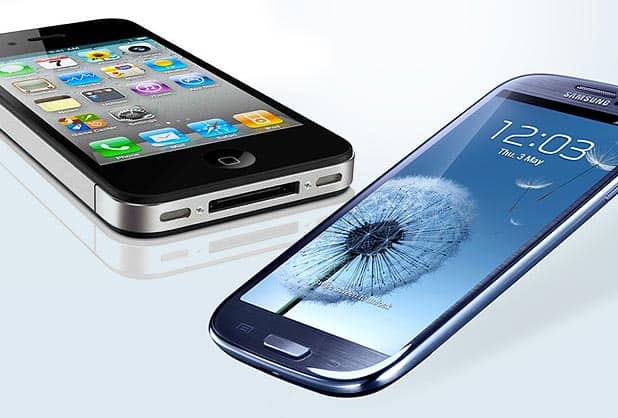 We have all felt the pain and agony of Samsung and Apple since the big lawsuit case in California. It has only trickled internationally once the jury put out their verdict. We started hearing of stories of the two technology giants on an international level much more. The most recent one being patent claims that were filed in Japan against Apple. Unfortunately, the outcome was not in favor of Samsung.

2 of the 3 claims were dismissed from the courts and it would appear to be another patent battle of one claiming the other device is infringing on the other's invented technology. I know right, it's exhausting! The third claim is still pending and pertains to the "one screen space use." I for one, speak for all of us when I say they all ridiculous! There should be no patents to begin with.

Some feel that these small international court hearings mean defeat for Samsung. Florian Mueller from FOSS Patents feel differently on the situation. He feels that these are 'non wins,' which basically mean they do not really matter who wins and who loses, at least not in my opinion.

Of course, Samsung is appealing the rulings as I'm sure any company would. It will just lengthen  the process and hopefully the courts will see this international trend of court cases. The files are claimed, one is brought to "justice" and the other then appeals. It would seem to go on forever without any real resolution.

However, Mueller was quick to point out that Samsung lacks any real legitimate 'win' cases, which in the long end may be their ploy to avoid having to pay Apple $1 million dollars. Do you think it would be more appropriate for Samsung to just pay Apple the $1 million, or to continue to fight them to the death?