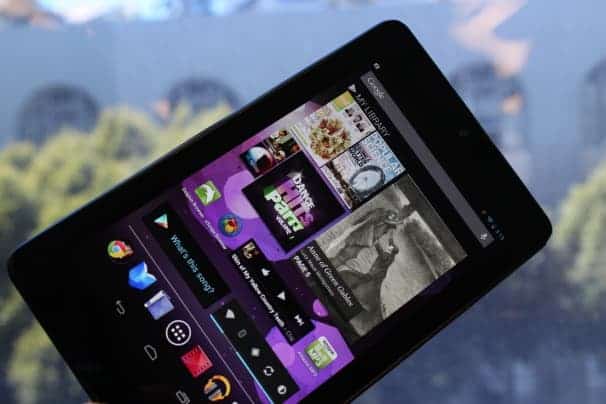 A 32GB model of the Nexus 7 is becoming more of a reality everyday now. We've seen many leaks of this 32GB device lately, and today a Registration page for it appeared on Carphone Warehouse's Spain Storefront. According to the screen shot we have below, the device is listed as selling for 279â‚¬.  Of course we already know it comes with a 7" 1280×800 display and Jelly Bean and all the other goodies. Except it no longer comes with the $25 Google Play Credit. That ended about 2 weeks ago unfortunately. 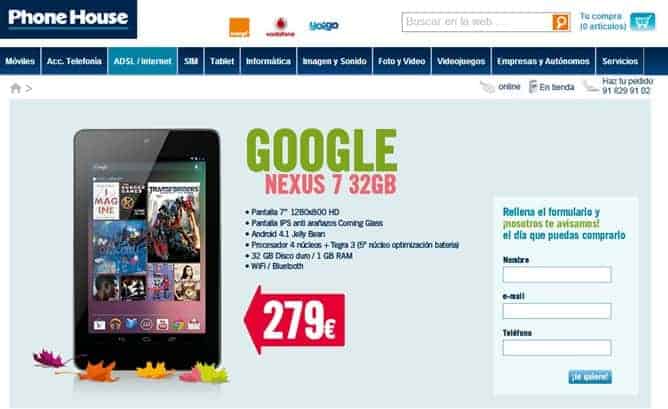 The price listed above is about thirty Euros higher than the 16GB version. Spain has had the Nexus 7 since late August. It almost puts the rumors to rest that the 16GB version of the ASUS/Google Nexus 7 will be non-existent once the 32GB version is released. Here in the US we've been seeing leaks of the 32GB Nexus 7 hitting for about $270. Remember Google only sets the recommended price, so retailers can raise it if they want to. Which they probably won't unless the 16GB version is approaching end-of-life.

So far we still have no confirmation of a 32GB Nexus 7, but we'll be keeping our eyes out for one. Who is going to sell their 16GB Nexus 7 for the 32GB version if it's really coming?