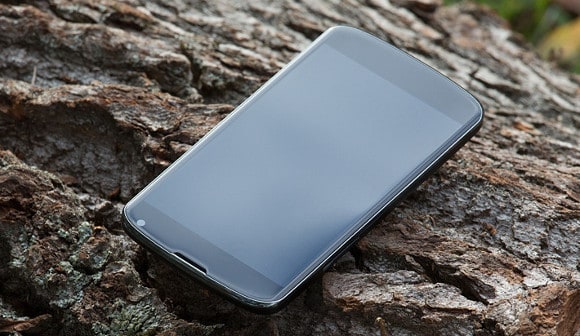 It's pretty clear at this stage of the game that the LG Nexus 4 will in fact be the next Nexus device. While it was rumored that more than one new Nexus phone would launch, that's starting to look unlikely. With Google sending out an invite to a press event October 29th, we're less than two weeks away from seeing the LG up close and personal.

Today, thanks to @evleaks on Twitter who's provided details on other devices as well and proved to be very reliable, we've got some new details about the LG Nexus. One of the issues with the Samsung Galaxy Nexus was battery life and many users ended up needing to buy an extra battery or massive extended battery.

Talk about flashbacks to the launch of the HTC EVO 4G. LG and Google appear to have taken note of this and with the new Nexus, will have a larger 2,100 mAh battery. While not a huge increase, this combined with hopefully better power management will prove to be successful.

Also, the LG Nexus 4 is just slightly thicker and heavier than the Galaxy Nexus. How much exactly? Thickness-wise, it's barely noticeable at just 0.2mm more. As far as weight, again not as noticeable with 139 grams compared to the Nexus' 135 grams.

Earlier specs were confirmed. They are as follows:

Here at Android Headlines, we're not so sure about the storage options. 8GB seems far too low, not to mention that 16GB of storage is now standard in higher end smartphones. 16 or 32GB of storage seems far more likely.