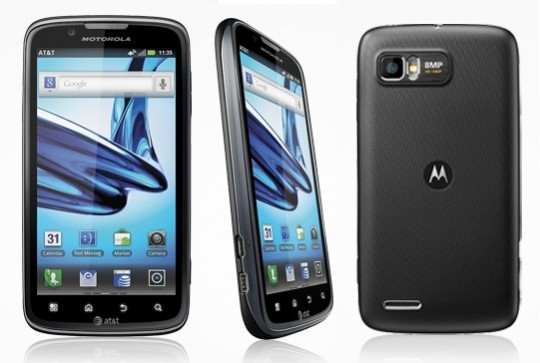 Motorola Atrix 2 owners can now finally rejoice as AT&T has now officially begun rolling out ICS update to the device. We had previous reports that the update will be out soon and true to their words Motorola delivered it right on time, a bit late maybe. The new update brings your Atrix 2 from the outdated Gingerbread OS to not-so-recent Ice Cream Sandwich OS that’s just one step behind the Jelly Bean OS. It brings all the ICS features to your device like tabbed browsing, face unlock, smoother UI and many other minor changes.

Earlier this month Motorola also rolled out updates for their Droid XYBOARD line-up of tablets as well but there are still some devices that need an update or should we say Deserve an update. Motorola has plans to update all devices to the latest suitable OS for each device.

With all these updates now rolling out in a timely fashion it starts to feel like that Google is finally taking some control over the company and pushing out updates quickly. However, Motorola is still no way close to how Google treats their own Nexus branded devices when it comes to software support but at least they’ve finally got their act together and pushing out updates to as many devices as possible.

Which manufacturer do you think is the best when it comes to software support? Other than Nexus Devices.