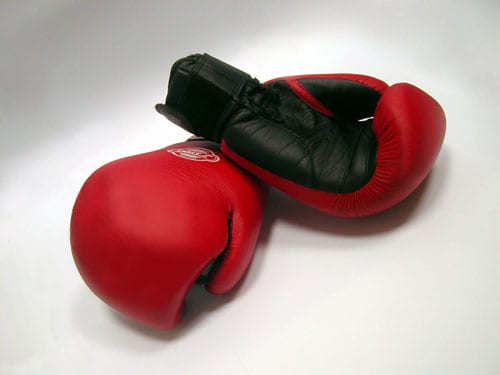 Motorola Mobility will have its collective hands full next month. Not only is the company in a legal dispute with Microsoft regarding FRAND (fair, reasonable and non-discriminatory) rates for patent licensing in Seattle, WA, but Motorola is scheduled to have a showdown with Apple in Wisconsin, as well.

Since there could be some overlap between the two cases, Motorola will be in a tricky position to not only get witnesses to both cases at the appropriate times, but the Google-subsidiary will also try to work each verdict in an attempt to solve both cases. If Motorola Mobility can get a decisive ruling in either case, then the company could potentially pit the courts against one another.

Of course, the opposite is also true. If Microsoft or Apple win decisively in these battles, then Motorola could be in twice as much trouble.

Obviously, it works in Motorola's best interest if the company can avoid any overlap between the cases, but the judges aren't making any guarantees.

"Motorola has filed a request for guidance, directed to the scheduling of the trial set to begin on November 5, 2012 (dkt. [386].) At present, the trial is expected to run for two weeks. The court will make every effort to keep the trial to one week but can make no promises that it will not last longer. Motorola will have to work within this schedule and plan its witnesses' testimony accordingly. Signed by District Judge Barbara B. Crabb on 10/26/12."

Translated, we'll try to wrap this up in time, but I wouldn't hold your breath.

What's this fuss all about anyway?

Google acquired Motorola Mobility in the interest of picking up several key patents in the mobile industry, but the search giant also inherited all of the legal battles of the patent-stuffed company, as well. Motorola has been battling with Microsoft over these FRAND rates since 2010, when Microsoft claimed that Motorola was setting their rates "too damn high" as recent New York governor candidate Jimmy McMillan would say.

Motorola issued licensing terms for its patents back in October 2010, and now the company is working hard to make the terms justifiable. In doing so, the company may already be tipping its hand that it wasn't abiding by FRAND rates.

The real issue at stake is a 2.25% cut of the net-selling price of products that use Motorola's patents. This becomes a fairly substantial portion of, say, an entire laptop's cost.

Recently, Motorola has submitted documents to the courts that indicate that they would be willing to settle for its 2.25% cut of the Windows' OS instead of the entire laptop's value. Florian Mueller points out that this one maneuver by Motorola is substantial, "Motorola has backtracked in this regard — and we're not talking about a subtlety but about billions of dollars per year."

Add in Motorola's suggestion of creating a royalty cap for companies licensing its patents, and you have a very different set of guidelines from the ones issued in October, 2010.

Though the cases in November are unlikely to produce a verdict of a billion-dollar payout, the longterm effect of several tech companies' profit lines ride on these cases.