The days of mobile devices being relegated to your hand and pocket are coming to a close, especially if the industry giants behind MHL, Mobile High-Definition Link, have any say in the future of the industry. We increasingly expect our devices to be more than tools, and as we become more attached to these items they play a growing role in our personal and professional lives. Sharing our business plans or family photos can be difficult on a smartphone or even tablet screens, and there are times when one might want to show something to a large group.

If you’re not familiarwith the technology, MHL works by connecting your supported device (Samsung Galaxy SIII and the HTC Evo 4G LTE among others) directly to your MHL supported TV via an adapter cable. The adapter doesn’t just supply video and audio, it also charges your device, helping ensure that you won’t suddenly lose power in the middle of your game or movie. The adapter supports 1080p video and 7.1-channel digital audio.

The other big achievement is control of your device through your TV’s remote control. Allowing the user to operate their device from the remote will allow them to leave the device attached to the TV. Consumer Reports has information showing many more additional devices are in the pipeline with MHL support, including Blu-Ray players from Sharp and and several major TV manufacturers.

Not all apps and games are designed to work with MHL technology, but in a recent press release from the consortium of manufacturers a new list of high-profile games that are designed from the ground up to be MHL compatible was released: 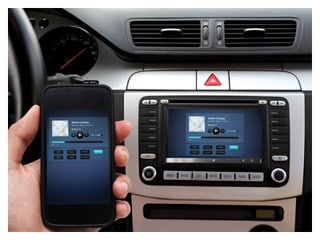 – The Tiny Bang Story by Herocraft

In the press release the MHL consortium also released information about a new website designed to help inform and educate consumers about the new technology. This new website is considerably more visually appealing to the consumer, and provides breakdowns on how to connect devices with the technology and then how to operate them correctly. There’s also a list of MHL enabled devices for consumers to review.

The MHL consortium declared over 50 million devices shipped in February of 2012, and millions more are on the way. Although the technology has yet to gain widespread use, it seems like only a matter of time with so many big players on board.