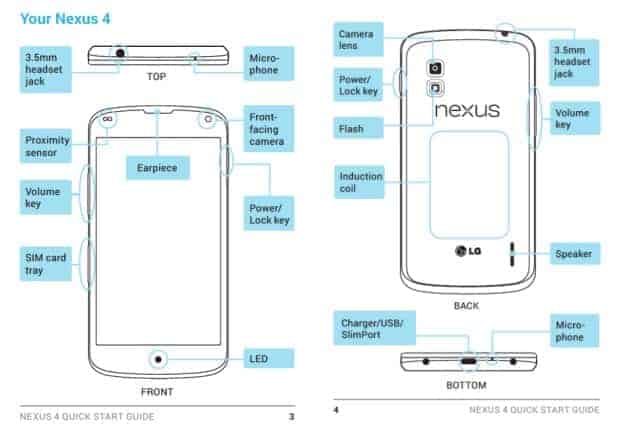 Yesterday the manual for the Nexus 10 leaked. Today it's the Nexus 4. The manual all but confirms the name of the LG Nexus to be the Nexus 4, and that it'll have both 8GB and 16GB storage.

So let's take a look at what we've got here. On the top we've got our 3.5mm headset jack and a microphone, which is normal. On the left side we've got the volume keys and SIM card Tray. Over to the right side we've got the power/lock key. So it looks like it's set up almost exactly the same as the Galaxy Nexus. 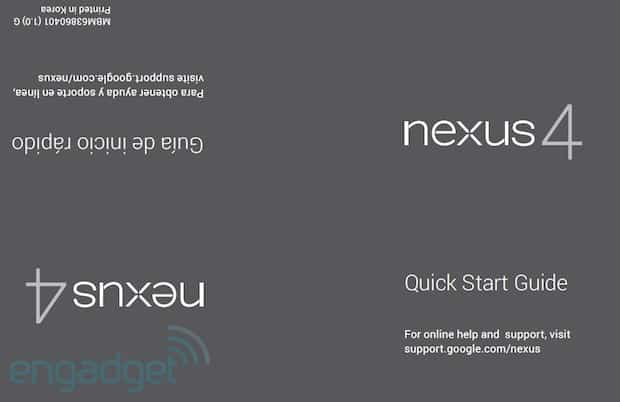 Earlier today, news broke that the LG Nexus 4 was found in a bar. Seriously guys? Why do you keep dropping prototype devices in bars in the San Francisco area? It also looks like Google might seriously be pushing the cloud with the LG Nexus 4. Because even 16GB isn't enough for most people, especially those who are constantly flashing ROMs and have tons of nandroid's stored on their device.

Guess we'll have to wait until Monday to get the official word from Google.