It looks like Nexus season is starting to get hot out there and despite some hoaxing, there’s no stopping the gates now that they’re open. The device that we reported on earlier, the LG E960 looked as if it were a phone in some other’s phones skin – much like the Galaxy S III leaks earlier in the year.

Now, the LG Nexus has been undressed for us all to see and well, take a look yourselves: 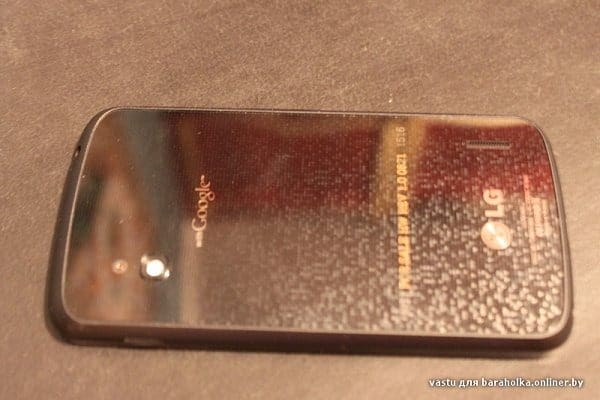 It certainly looks a little different, when talking about the rear of the device however, it still carriers the curved edges design that we first saw on the Nexus S and then on the Galaxy Nexus after that. The leak this time comes from a forum over in Belarus, Baraholka where a user called Vastu is actually listing this for sale, alongside other devices so, how’s your Belarusian? 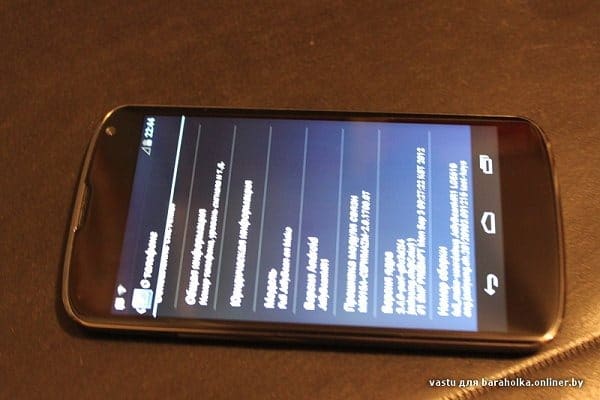 What’s interesting about the whole thing is that Androidandme reached out to their source that delivered their “hands on” report and he replied “YES! This is the phone I handled. 100%.” With the only exception here being the lack of the Nexus ‘X’ in multi-color on the back of the device. The Belarusian forum listing seems to confirm a Qualcomm processor and the same 4.7″ display that will be coming to the Optimus G.

The device is labeled “Full Jelly Bean on Mako” and appears to be running Jelly Bean MR1 – Maintenance Release 1 – making this likely a hardware test release however, it is said to be running Jelly Bean 4.2 and not Key Lime Pie. It’s starting to look like 4.2 is to be another bag of Jelly Beans as opposed to a sweet slice of pie but, knowing Google I doubt anything is final. Having said that, their lawn must be getting pretty full by now…

Regardless, Full Jelly Bean on Mako has been spotted in NenaMark benchmarks of which there have been two results, one here and another here however, they don’t seem to tell us much more about the device, unfortunately.

Design wise I already like the look of the LG Nexus – codenamed Mako – and it’s nice to see both Google and LG trying something a little different of course, whether or not we shee the phone is another thing. This is as close to fact as rumors get however and the Nexus S was leaked in a very similar manner, making this look even more believable. I can’t see LG making yet another Optimus G variant when they already have a couple of them coming to the States. There should be more information coming later in the month so, we can only hope!