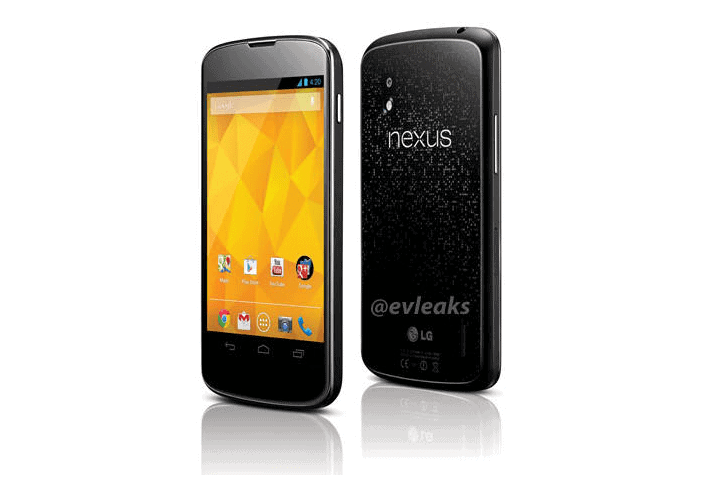 The leaks have been pouring out this week for LG and Google, and the Nexus 4 is no exception. @EVLeaks has posted several images this morning purporting to be the final renders for the LG Nexus 4. The renders seem to be running a retail version of the OS and not a custom ROM as some previous images have shown.

Industry experts and users were clamoring to get final confirmation of the Nexus 4, as well we the rest of the new Google lineup at Google Playground, an event scheduled to take place this Monday in New York. Unfortunately, Hurricane Sandy has decided to make things a little bit more difficult, and the event is postponed until further notice. So what do we know so far? Thanks for Carphone Warehouse and a few other haphazard mistake makers we have some details already set in stone:

Advertisement
Other devices expected to be covered at the upcoming event include the Nexus 7 32GB and 3G versions, and the Nexus 10 by Samsung. Not to mention Android 4.2 being unveiled as well.