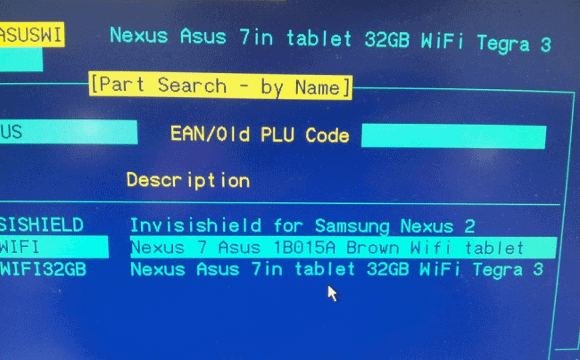 We've got some goodness today in the World of Android. While there's been speculation if there would be  a larger capacity Nexus 7 and when Samsung will be launching the Galaxy Nexus 2, it's looking that something is getting very close to going down.

Thanks to a leaked screenshot from Droid Life, it's looking like there will be a 32GB Nexus 7 and the second generation Nexus from Samsung will be coming out soon as well. That is of course unless the accessory marked for the "Samsung Nexus 2" was just a typo. One complaint that I've often heard with the Nexus 7 is that 8GB isn't enough storage and 16GB isn't too much better.

For me, I have most of my files hosted in the cloud and use Spotify for music so no gigabytes upon gigabytes of music to store. More than 8GB of storage isn't a big deal, but for others, it's a necessity so this will be a welcome addition.

The screenshot is reportedly from Carphone Warehouse in the UK and while we don't have any pricing of either devices, this is just a taste of what's to come. Considering that the 8GB version of the Nexus 7 is $199 and the 16GB version is $249, one would expect the 32GB version to be $299.

We'll keep you posted on both devices and maybe we'll see a leaked photo, not a leaked screenshot of the rumored Galaxy Nexus 2.