For some time now we've been wondering what HTC were going to do when it came to the holiday season and now we know. Something we've been hearing a lot about recently is the One X+, said to be a revised version of the original One X that was unveiled at MWC at the beginning of the year and went on sale soon after. HTC has now announced the One X+, a follow up to the original with added spec boosts and a slight design tweak. Whilst it's not the 5-inch device some of us were hoping for it's certainly a powerful device. Take a look at what the One X+ has to offer: 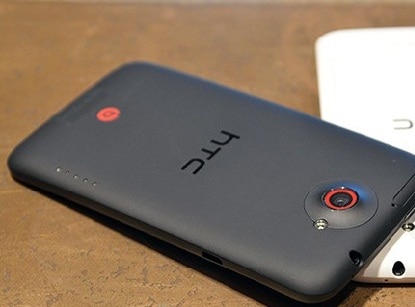 The design of the phone hasn't changed much though however, there's some added red trim to the device that reminds us of the HTC Sensation XE here in Europe as well as the HTC Rezound. There's something else that HTC has to add to the package in the form of "HTC Get Started" that allows users to get their new phone up and running from the Desktop through the new web service. The HTC One X+ is said to be launching in Europe and Northern Asia this month, with Southern Asia in Novemeber. US Launch details haven't arrived quite yet but we'll be sure to give you all the details when we have them.