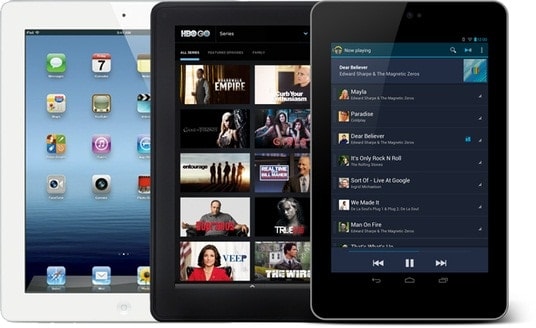 Today Apple attempted to reinvent the 7-inch tablet. If you ask many people, especially Android users, Apple failed miserably at doing so. But hey we've got a nice chart for you showing the differences and how the Google/ASUS Nexus 7 is the better choice, and it's not biased either. 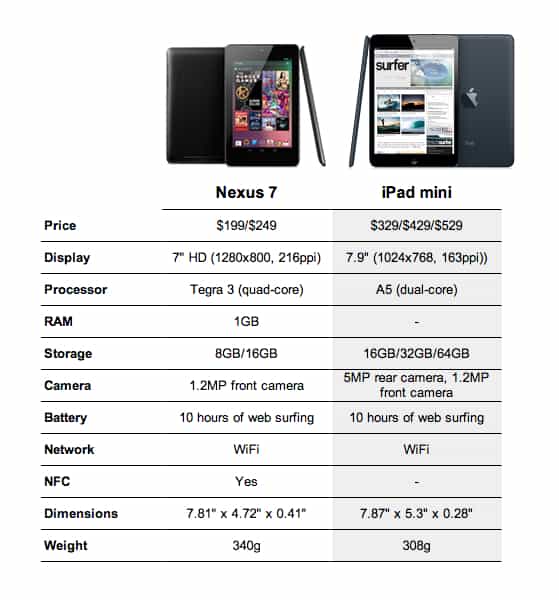 As you can see the Nexus 7 is still about $80 cheaper than the iPad Mini. It has more pixels in it's display, 1280×800 on a 7" versus 1024×768 on a 7.9" display is a huge difference. Oh and it has a quad-core processor. But the iPad Mini does have a rear facing camera unlike the Nexus 7. So if you're deeply invested in the Android and Google ecosystem, I would suggest waiting until next week to get the Nexus 7 (Nexus 10). But if you're not a smartphone user yet and just looking for a tablet to use, it's all up to you. Of course we suggest the Nexus 7 again since we are Android fanatics here at Android Headlines.

If you do decide to pick up the iPad Mini and any one of see you on the street, we may hit you up side your head and take your iPad mini and give you a Nexus 7. How disappointed were you at today's announcement from the fruit company? Any ideas when Apple is going to start suing Google over the Nexus 7 looking like the iPad Mini? Hit up the comments below.

Thanks to Droid-Life for creating the chart above