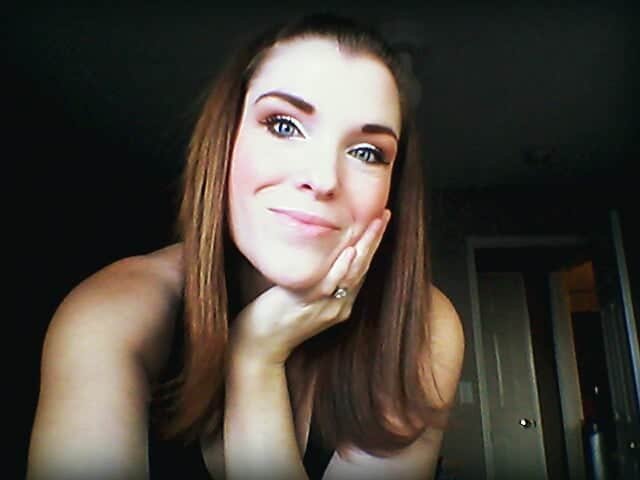 We recently got a chance to speak with Stephanie Chute, who is an avid themer for various apps like GO, Apex and Nova Launchers. As many of you know, Android development is mostly a guy thing. You don't see many ladies out there developing apps, themes or even ROMs. But we found one of the few and decided to get to know her a little better.

Welcome Stephanie, let's start off by getting to know you a little bit, where do you live? What are some of your hobbies?

I live in Clovis, California (a little town in Central California). I love to go shooting at the shooting range with my 9mm, go to the beach, I love to sing, dance, workout, work, write, cook, bake, drive my car (I'm one of those goofball people who loves to drive, lol) and of course I love shopping.  My favorite sport is definitely football and my team is the good old 49ers!

What device(s) are your current daily drivers? Are they rooted?

I use my Samsung Galaxy Note (which is rooted) as my daily cell phone and my cell phone tester, but I just recently bought the Samsung Galaxy Tax 2 10.1 (I haven't rooted this yet) and love it.  I plan to do some screenshots in the future with it and I want to also use it for testing out my themes to make sure they are compatible with most Tablets.

So how did you get started in developing for the Android platform?

Actually, long before Android ever existed I would sit in my room all the time just learning about new things about technology.  I originally started out with the iPhone and quickly learned that it just wasn't the phone or place for me.  Thankfully, Android surfaced around 2007 or 2008 (if I'm correct) and I immediately jumped on that and bought myself my first Android phone.  I loved everything Android related so I started to do what I was used to doing and I taught myself everything I know about Android Development.  It was a lot of work, time and at one point I remember spending months on end just researching everything until I finally got to where I could create themes.  I absolutely love this job.  It took me about 3 – 4 years to fully get things going as far as business as a Developer goes.  It was definitely worth it though.

Yes the T-Mobile G1/HTC Dream was the first Android phone and hit the market in 2008, How did you get the idea to start creating themes for various launchers?

I'm a very creative person.  I don't think there is much I do without creativity.  I would buy a new phone and immediately get bored with the look of the screen.  I am a person who likes to "match".  I couldn't stand the fact that none of my icons matched each other, or that there was literally no pink anywhere.  I LOVE hot pink.  Anyhow, that's when I realized that I could do it myself, or at least I was definitely going to give it a shot and I managed to do it.  Now I create a TON of themes for girls and I'm currently trying to get more out there for my guys as well.

So is developing your only job?

Yes, actually.  I used to work in Financial Aid at a few local Colleges.  It was WAY too much drama.  The economy took a dive and I lost my job like many others.  I ended up finding a job as an Administrative Assistant at a local Plumbing office and although the pay wasn't that great, I loved working there.  Again, the economy went downhill even faster than I expected and I sadly got laid off the day before Christmas of 2010.  I had been doing themes on the side for a little extra money before but that was when I decided to take this on as a full time job.  Took a while to build up to it but I had already been doing it on the side for a while so I just spent a LOT of time getting it all going.  Now, I work from home doing this as my full-time job.  I am a wife though, so I may stay home and work, but I definitely do my fair share of housework around here too! LOL!

When did you first get started developing?

What other apps or themes have you developed, both for Android and other platforms?

I really want to create some other applications and learn more about Java but that will take time as well but as of right now, all I do is create themes.  I do create themes for keyboards, sms, contacts and some go lockers as well.

How do you monetize your themes?

All of my applications are paid applications.  I started doing free ones at the beginning but I was spending a lot of time working really hard on free themes only to have people rating them bad because they didn't actually read the description on how to apply the themes.  I ended up doing only paid themes after that.  They range from $1.29 – $2.99 USD each depending on how much work was put into them.  I might consider doing a few free themes here and there occasionally but that's still something I'm tossing around as of right now.

How did you get the idea to start creating themes for the GO SMS platform ?

Actually, I started out doing themes for 91PandaHome but that fizzled out pretty quickly and I ended up switching to the most popular theme launcher: GO Launcher, which then go me interested in GO SMS.  I was using Handcent and loved it, but I was more taken in by GO SMS and it's awesome design.

Where did the name "SCSCreations" come from?

This is kind of a funny story.  Originally when I started doing themes I was engaged to be married and my new last name would have been Stanley so the SCS would have been my initials.  I had ended things with my fiance and when I married my husband the SCSCreations was already something I had established for myself and I didn't want to confuse my customers by changing my name so my husband completely understood and said that he agreed that I should keep that name.

Honestly, I'm a Windows girl. Always have been.

What are some of your favorite apps or themes, other than your own of course?

I am always using the Amazon app, Pinterest App, and of course without question the Google Plus app.  I also love Pandora and I often use ColorNote (for my grocery lists).  I also don't like the standard calculator that comes with most Android devices so I use RealCalc.  I am not huge on games for Android because I rarely have time to play them but Angry Birds is always fun.


How does fragmentation affect development with your apps or themes?

It's always a learning situation.  Every time a new version of Android becomes available, I get excited but at the same time I cringe and get a bit stressed out.  I'd love to say that everything just flips on over to the next new platform and all is good, but sadly sometimes that's not the case and I end up having to make changes on my end to get everything to function properly.  I am always trying to keep up with the changing winds of Google and their new platforms but I'm not perfect so I just try my best.  I haven't run into too many issues as of yet, but I never say never.

Are there any changes you'd like to see in upcoming versions of Android?

I'd definitely like to see a screenshot option built into every Android phone as that's an imperative part of Developing.  A lot of phones like my Galaxy Note for example do come with the screenshot feature, but in cases where when you push a button (like when using Go Contacts and you click on the number to dial) the button changes color in my themes so you know you just clicked that button.  I like to take screenshots of that button being pushed but with the S pen it's nearly impossible to do.  That is the main reason why I rooted my Galaxy Note.

Are there any developers out there that you look up to? Or inspired you to get started developing for Android?

Not necessarily since I started out doing themes for Android when Android first came out and at the time there weren't a lot of people doing themes.  I would like to say thank you to one person though who actually helped me quite a bit when I started out and that's Ronne (Mamta Dezignz).

Anything you can tell us, and our readers about any of your upcoming themes?

I am planning to start doing some themes that are peacock style (since peacock seems to be a trend lately), and I also want to do a few simple, clean yet tech-styled themes for my guys out there as well.  I mentioned before that I'm a creative person but honestly, I just randomly think of something and I do a themes based off of what I think of.  I also do themes based off of suggestions and one of the suggestions I was given was to do some themes with Football Team colors.  I can't add in the Football names or logo's since those are copyright protected but I'm definitely planning on doing some with Football Team colors.

Why would Android users who have never used any of your GO SMS Themes want to download it?

If they are bored with the plain look they get when they first purchase an Android phone, downloading my themes or my go sms themes will give them some definition.  Their friends will want to see their phones, they can show off their own personal style with my many, many themes.  If they love leopard print or zebra print, they can ultimately decorate their phone's screen to be leopard or zebra print so it matches their car seat covers or their purse, clothes, etc.

I also have a few Holiday inspired themes available so with Halloween just around the corner perhaps they want to show off their cool Halloween themed phone?  That's just a few reasons.

Do you have any advice for our future developers out there?

Absolutely!  Never give up.  If becoming a Developer is your dream job (like it was mine) then dig in, just in head-first and do your research.  No one is going to take you to your goal or dream job except you and if you just keep focused, do your research and don't be afraid to learn from trial and error you'll be a Developer before you know it.

So where can we find you?

I am on Twitter (however, you're most likely to catch me on Google +).  Twitter is: SCSCreations and Google Plus is Stephanie Chute.

We'd like to thank Stephanie for taking time out of her busy schedule to answer a few questions from us. You can check out all of her themes on the Google Play Store. There are also some themes that work with Nova and Apex launchers as well.

If you're a developer (App, theme, ROM or kernel developer) who would like to take part in our Developer Interview series feel free to email me.