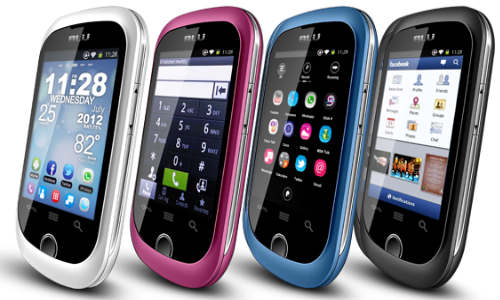 More high-end phones tend to get the most spotlight, but they're not always within reach for some. And let's not even get into buying a higher end phone unlocked which can cost you upwards of $600 or more depending on how much storage you want.

For someone who just wants a simple Android phone, there is the Blu Dash 3.5 which is currently available in the US and Latin America. Rocking dual-SIM and coming in six different colors, blue, yellow, green, pink, black, and white, you can snatch it up for just $99 completely unlocked.

Don't expect dual-core processing and a large, vibrant screen, but for the super low price, you get a decent package.

The Blu Dash 3.5 is no powerhouse and no speed demon, but for those who want something cheap, simple, mostly just for calling, and/or an emergency/travel phone, one can't argue with the $99 price tag.

With that said, you could always save up a bit more cash and get something a bit faster with the Blu Vivo 4.3 which packs a dual-core processor, 4.3 inch screen, 1GB RAM, and Android 4.0 for just $249.99 unlocked.