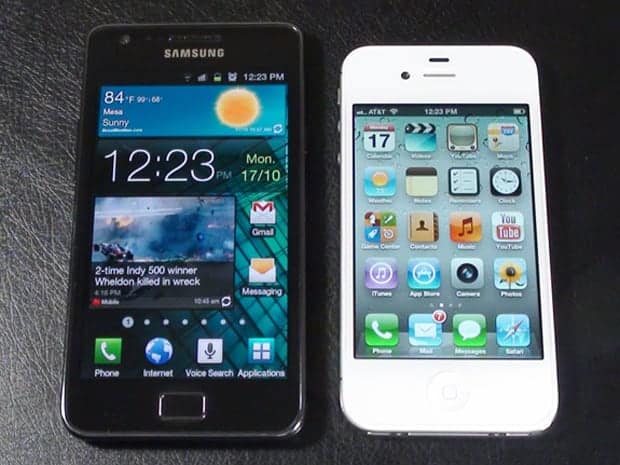 Rumors about Apple offering deals to Samsung has had light news since their trial, but I did hear a few things here and there about Apple saying they had given Samsung plenty of opportunities to stay out of court prior to the trial. Again the news has popped up where Apple is claiming that they had offered Samsung a patent agreement which could have kept them out of the courtroom. However, no deal could be reached which lead to a full on court trial.

Some of you may be wondering why this topic is coming up, and here is why.  Apparently, a letter had been written by Boris Teskler Intellectual-property licensing director for Apple which clearly outlined this agreement they were offering Samsung. They then asked that those documents remained sealed, and Judge Kohn rejected Apple's request.

Speculators claim that the agreement deal didn't seem to be out of line, or ask too much. Yeah, like we all believe that one. The following shows a small sample of the agreement:

" Apple is willing to license its declared-essential UMTS patents to Samsung on license terms that rely on the price of baseband chips as the FRAND royalty base, and a rate that reflects Apple's share of the total declared UMTS-essential patents (and all patents required for standards for which UMTS is backward-compatible, such as GSM)–provided that Samsung reciprocally agrees to this same, common royalty base, and same methodological approach to royalty rate, in licensing its declared-essential patents to Apple.

Apple estimates that this approach, which implements the true meaning of and requirements imposed by FRAND, results in a $.33 (thirty-three cents) per unit royalty for the Apple patents. Apple will today license its declared-essential UMTS patents to Samsung at that rate, provided Samsung reciprocally agrees to the FRAND principles that result in that rate. This rate would be applied to all Samsung units that Apple has not otherwise licensed. Samsung would likewise need to agree that it would only charge royalties on Apple units that Samsung has not otherwise licensed."

Of course they show the sections that won't incriminate Apple. I want to see the whole thing, better I want someone who can put it all in English terms since I can't understand the fancy terminology these companies come up with. The following is the that document in full for those who are interested in reading.

They had asked Samsung to respond by May 7, 2012, however; no response from Samsung was recorded, or mentioned, so no one knows what Samsung had to say in regards to this "proposal." Speculators also say that this isn't the first time that they have offered this type of "agreement" proposal to Samsung. A similar attempt was made back in 2010 to license its patent portfolio.

How do the consumers feel? Do you think that Samsung is truly guilty here and just refused to work with Apple? Did they give up a good opportunity to work with Apple, or is Apple just trying to do everything to be the top dog here and bring Samsung down? I'd love to hear all sides…