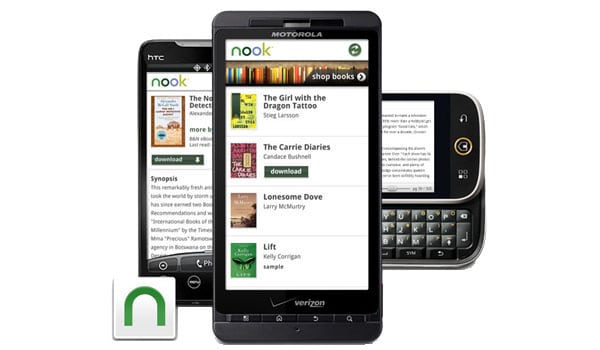 The NOOK App for Android has been updated to 3.2. This new update brings plenty of bug fixes in general, but also a specific fix for the HTC Flyer. The most notable fix in the update though is the ability to zoom in on comics now. As long as you are running Android 2.2 or higher and you have an HVGA+ screen resolution. You will be able to enjoy the update. Here is a complete look at what's new:

– NOOK Comics with Zoom View support on tablets and phones (HVGA+ Screens, Android OS 2.2+)
– Improved font and margin sizes
– Now with a full dictionary
– Pre-order fix
– Library and shop sync fix (for HTC Flyer and other devices)
– Several bug fixes
Notes:
– Please sync your Library before upgrading to 3.2
– Upgrading from versions prior to 2.7 to 3.2.x requires sign-in and re-downloading items