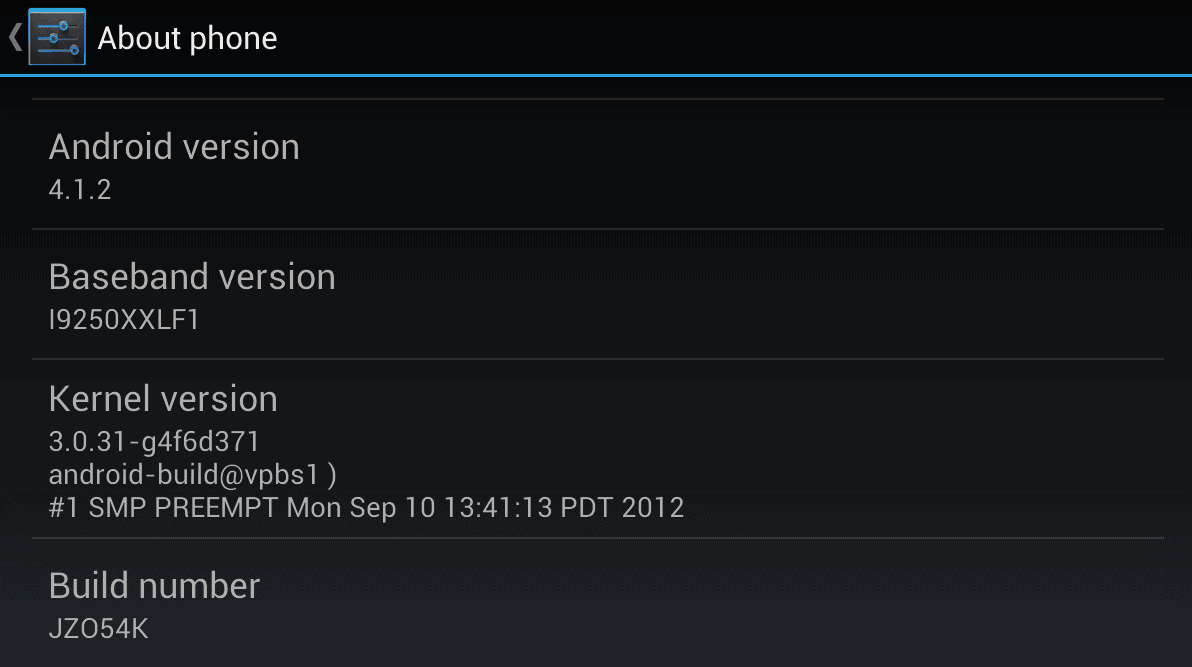 The reason why we love Google and their Nexus devices is because these are the first to receive latest updates before any other device out there, not to mention the Stock Android experience as well. Today, once again Google has released another update for the "takju" model of the Galaxy Nexus that will bring the firmware version of the device to latest Jelly Bean 4.1.2 – this update has already been released for the "yakju" model of the Galaxy Nexus a couple of days ago.

The update is only available for takju variant of the Galaxy Nexus. If you don't know what takju is then let me remind you that the "takju" models are those that were sold directly from the Play Store itself and not the European GSM version. In addition to that your device must be running the last Stock update that is JRO03C build because the new update will only install over it.

The update is available Over-the-air so go ahead and check your device's software update and if you haven't received the notification yet then don't worry the update will reach out to all device in the coming week or so. In the meantime you can also manually download and install the factory images for your device. There are different methods to install the update manually so head over to the Official XDA thread before installing the update to understand how the procedure works and make sure that you back-up your device before proceeding. Don't come back crying to us when you break something, just kidding we are always their to help but we're in no way responsible for any damage done to your device.