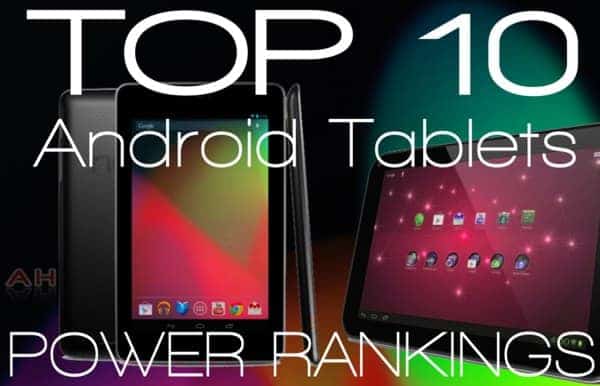 It's a strange time for tablets right now, we've seen little new offerings from the tablet world recently. Sony now have their new Xperia Tablet S shipping and whilst it's a solid tablet there's little new on offer here. THere's little new anywhere and it seems a little strange for this time of year but, I'm sure something will have to give and we'll end up with some refreshed tablets by the end of year. Hell, maybe even Google will be throwing in to the ring of 10" tablets?

Some tablets are yet to make it to market and to stay true to our word, we'll only ever rank what you can find on shelves today! 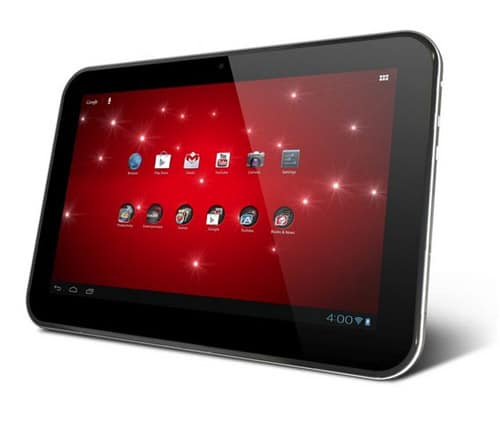 Oh, Toshiba, you always seem to try so hard don't you? Yet they never quite deliver on the same scale as everyone else. The Excite 10 is a solid offering for sure but, it's certainly more form that is function. You can't argue that that isn't a nice looking tablet but with that comes some trade-offs. For instance, the build quality is said to be a little sub-par. It's got the same Tegra 3 CPU we're all familiar with and there's a 1280×800 LCD up front – for a change. Depending on how much you can get an Excite 10 for these days it could be a worthy addition to your gadget arsenal but, don't forget – we're heading into the holiday season so don't spend too much, will you? 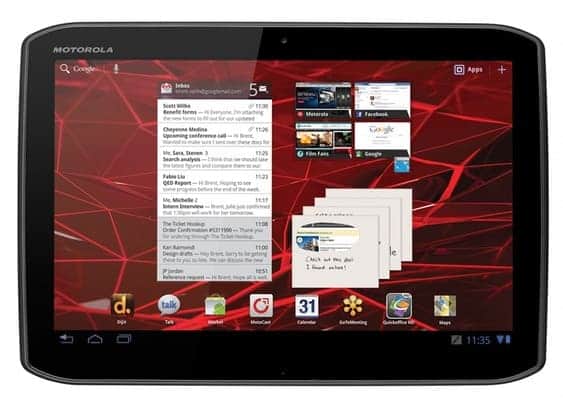 Motorola's first tablet is still alive and kicking for some but, times move on and even the successor to the original XOOM is beginning to head to retirement. If you can still get your hands on one of these it's certainly not a bad offering but it's not that great either. With a run-of-the-mill dual-core CPU this is only really good for web browsing and general app-fun, you won't be playing a lot of games here – no Tegra means no Tegra Zone, sadly. If data on the go is a must then this will deliver perfectly well on the nation's largest carrier.

High-resolution displays are fast becoming the norm – with the Nexus 7 packing what we're used to seeing on a 10-incher into just 7 for less than 200 bucks it's safe to say high-resolution is here to stay. For good reason too, it makes for better reading and the overall screen quality is often better. Acer have had this A700 out for some time with it's Full HD resolution display and the Tegra 3 processor. It's a solid offering and thanks to its stock Android-esque OS it's worth noting. However, it's an Acer. It's going to be a little plasticky and it's really quite thick. On the bright side though, battery life is said to be good and that screen is of real high quality. 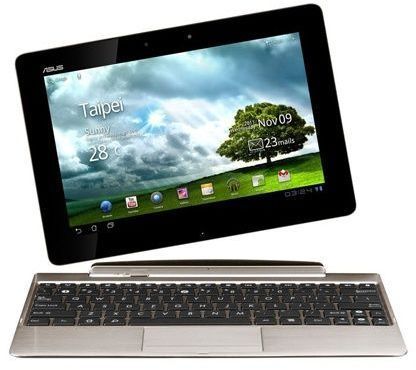 ASUS's transfomer line is arguably the creme de la creme of Android tablets however, ASUS slipped up a little with the Prime – with questionable WiFi and GPS performance on many of the models out there it looks like ASUS rushed this to the market. Whilst this was the first to market with the Tegra 3 it certainly suffered for being able to cry "FIRST!" obnoxiously. It soon got superceded by ASUS themselves and other tablets hit the market afterwards that were better built. It's a shame, really, because the keyboard dock and the quality of the screen here make this one of the better tablets. If only it was born without it's share of problems. 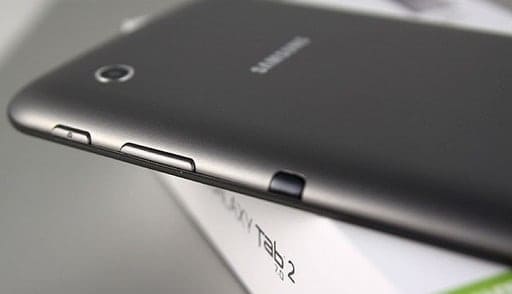 7" tablets have become somewhat sought after in recent months –  of course, the Nexus 7 has played a hand in this. The successor to the original Galaxy Tab isn't much of a match for the Nexus 7 on the specs side of life but, if you're in need of some more accessories with your tablet then this is the one for you – with a keyboard offering as well. It was disappointing to see Samsung deliver such a medicore tablet but, it is built well and should last. It's also perfect for students or those jotting around town that won't a stationary keyboard option. Something the Nexus 7 doesn't have. 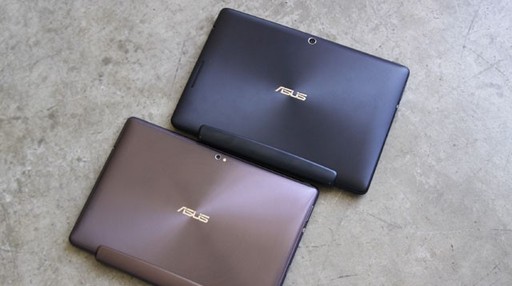 There's a lot to love about ASUS' line of tablets and there's even more to love about the TF300 with it's more affordable price tag without making much compromise at all. You still get a super-fast Tegra 3, the same amount of RAM and most importantly a keyboard dock to boot. Whilst there's not a lot tobe said about the screen used in the TF300 it's certainly better than most. Making it a great option for those who want the best of both worlds without breaking the bank. 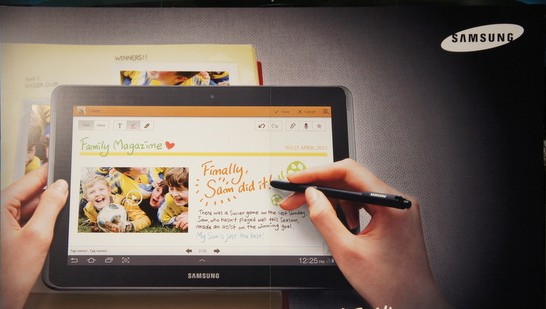 The ten-inch Android tablet hasn't done all that well since its inception but, Samsung's offerings have always done well. The original Galaxy Tab 10.1 was arguably the best of a bad bunch from last year's offerings. The successor to the Tab 10.1 was met with some criticism – it looked different but it really wasn't what was to be expected of Samsung. The Note 10.1 however, delivers quad-core power with all the productivity we've come to love of the Galaxy Note phones. The S-Pen is present as is a whole bunch of tweaks to Android to make this a productive tablet. Whilst it's certainly not the cheapest it's a pretty good deal for the price. 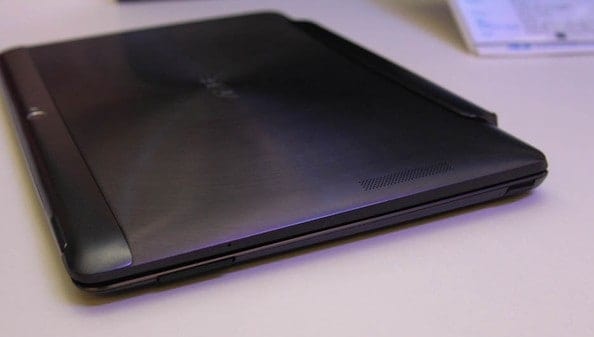 The Taiwanese company isn't ready to retire the transformer line just yet and with good reason – they keep coming out with tablets like this and nobody will get fed up with the line-up. The Infinity model from the family brings you all the mod-cons you've come to love from other Transformer models but also brings with it a Full HD screen at 1900×1200. Making sure movies pop and those spreadsheets get all the room they deserve. This really is the perfect tablet if you're looking for work and play. 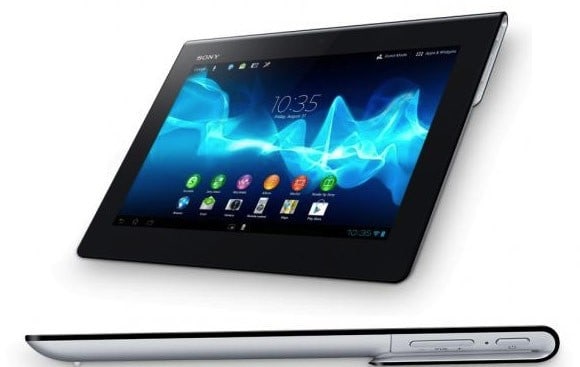 Sony doesn't have all that a presence in the states but that's more than likely to do with the carriers just as much as it is Sony. Tablet wise though, they bought us some questionable designed ones last year – the Tablet S and the Tablet P. Whilst those two didn't take off Sony has gone back to the drawing board and refined the Tablet S' magazine-like fold and put together the Xperia Tablet S. It's got a nice 9.4" display at 1280×800 so whilst the resolution is nothing new it should look a little sharper on a smaller display. The Tegra 3 we all know and love is present here and there's a whole host of accessories to make this tablet a good offering, ranging from a speaker dock to a keyboard that's a cover. Finally, an offering worth of the "Sony" moniker. 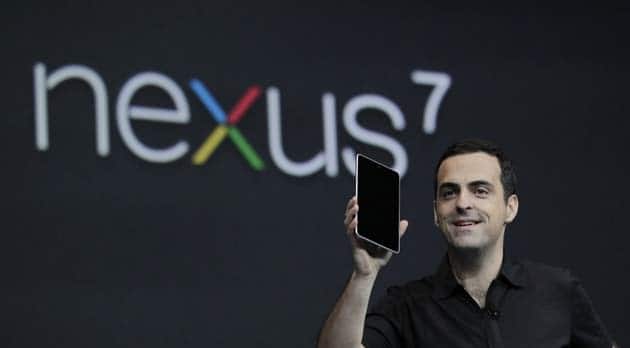 There's no stopping a tablet at this price point. Whilst there's incoming competition from the new Kindle Fire HD range, they're not quite here yet and the Nexus 7 still has clear reign. With a wonderful 1280×800 display and a quad-core Tegra 3 packed into a light and sturdy body for under 200 bucks, you really can't do better. Others will try but, I doubt they'll come close. Oh, did I mention that it's a Nexus? With that comes a guarantee of all the latest software and the ability to tinker to your heart's content.


Trusted By Millions
Independent, Expert Android News You Can Trust, Since 2010
Publishing More Android Than Anyone Else
13
Today
13
This Week
505
This Month
3017
This Year
104496
All Time
Advertisement