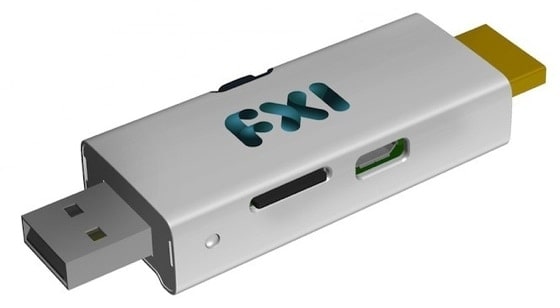 We've seen several different Android powered mini PCs to hit over the past year or so, however, they're typically powered by older hardware, single-core processor and an okay amount of RAM to keep the price point low. Even then they still function pretty well, but there's also the consumer or should we say enthusiast that is willing to spend a bit more for more performance.

Enter the FXI Cotton Candy. Priced at $199, it features some solid specs in the size of a USB stick. Announced last year, it's finally shipping. Here's the specs:

Right now, the FXI Cotton Candy is being labeled as a developer device and for people to experiment with. The concept of such a small Android powered device is very intriguing and brings the full experience to any HDTV. Currently, the Google TV experience is rather lacking and that's lead other companies like Samsung to work on their own software. These mini PCs offer a different perspective and save consumers from having to go out and potentially spend thousands on a new TV.

Here's a video below showing off everything as well as once it's fired up (skip to 2:22 to see it actually being used):