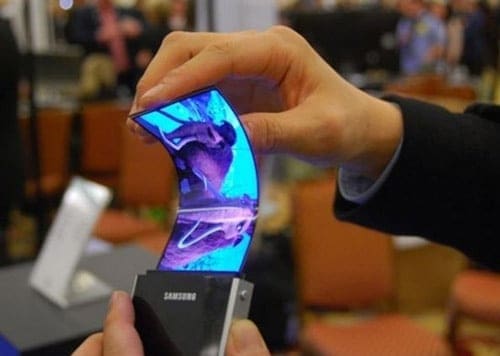 Sorry, tech fans, Samsung's latest bit of sci-fi era innovation will have to wait a bit longer before coming to market. Samsung had hoped to get their new flexible AMOLED displays to market sometime this year, but a technical flaw will push the displays back to (at least) the first half of 2013.

Flexible screens have been on the horizon at Samsung for several years now – as early as 2009, the original intended release date. The company has made impressive progress on the tech, even going so far as showing it off at the 2011 Consumer Electronics Show.

The competition for the first mass-produced flexible screen device is growing as LG is already working on a new phone scheduled for release in the latter half of 2013. Samsung is going to have to get their issues with the quality of red and green pixels in the screens worked out in a hurry to make sure they're first.

The flexible quality of the screens is not the only reason that companies are pressing so hard to master the technology. The new displays will be thinner than current AMOLED screens, so companies will be able to start producing even thinner phones right away.

In fact, Samsung's first device using the tech will still not have a flexible screen, as the company is working on a phone with a glass display. Future devices will be able to expand on the tech and have permanently curved screens or completely flexible screens.

The race is on, and you should expect to see the technology in 2013. The question is, who will produce it first: Samsung or LG?