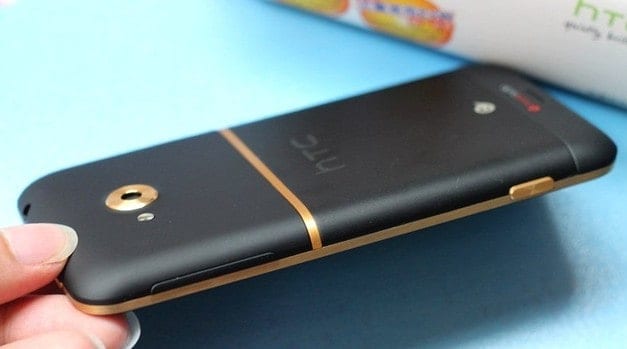 The Chinese mobile market is exploding right now and it's starting to see some pretty high-end devices to go with that explosion. The Xiaomi Mi-Two was announced over the summer featuring the Snapdragon S4 Pro, packing four Cortex-A15 processors on to one single chip. Motorola are increasing their offerings in China as well as other companies rising up – it's certainly becoming a competitive market for phone manufacturers. HTC haven't always traded in China under their own name but since they started doing so some years ago, they've slowly but surely ramped up their offerings for the market.

A recent sighting of a new phone from HTC in China – the HTC One XC – brings it with HTC's first Snapdragon S4 Pro device. Which is something in and of itself, we've not seen a quad-core phone from HTC this year unless you count the Tegra 3 packing international version – which I'm currently using and it's brilliant – but in the States they've stuck with the Dual-Core S4.

The One XC was announced at the Chinese Telecommunications Fair and it's unlikely that it will be released in the States or anywhere else for that matter. Whilst that's a shame it does mean one thing – HTC have the chips and they're putting them to good use which could make the inclusion of the chip in their much-rumored upcoming phone for Verizon a more likely prospect. Design wise the phone has a black and gold type finish that isn't unlike the EVO 4G LTE on Sprint. I have to say, the phone doesn't look too bad and will certainly look at home on the shelves of Chinese carriers. There seems to be some confusion over whether or not the device does come with a quad-core S4 or a dual-core S4, the HTC China website lists it as a dual-core but we suspect this is a typo or a poor translation.

HTC will need to take a hold of the Chinese market as it continues to explode – it's no secret that HTC have seen better times making another market pretty much essential for the Taiwanese government.