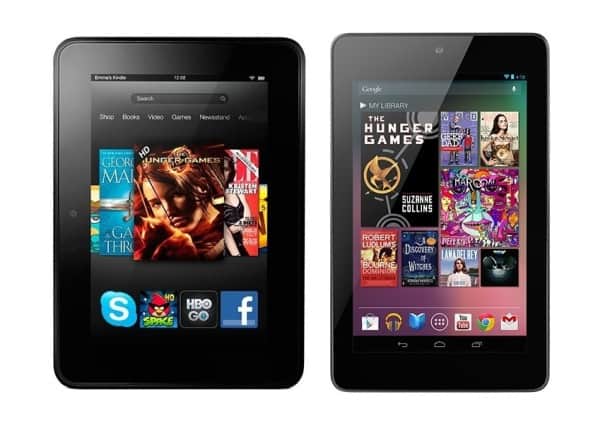 Amazon's latest addition to the Kindle Fire family, Kindle Fire HD is off to a good start in the tablet market but still Google's flagship Nexus 7 is still the hottest and most demanded Android tablet out there, says popular Ad Network, Chitika. Chitika has been tracking millions of ad impressions from September 14th to 18th then comparing the traffic generated by both Nexus 7 and Kindle Fire HD in that time.

It's just been a week or so since the Kindle Fire HD made its debut but in that short amount of time it has been able to gain 11% of total Kindle Fire ad impressions in bothCanadaandUSA. This figure means that the new Kindle Fire HD is doing better than its predecessor, maybe because it comes in two sizes now but still the Kindle Fire numbers don't add up to that of the Nexus 7 figures.

Below graph shows the full share of overall traffic, where the Nexus 7 leads with 68.5% of the share, while the First-gen Kindle Fire comes on second with 28.9% and the HD version has only been able to grab 3.5% of total share. Numbers may seem like favorable to Nexus 7 fans but the reality is that the Nexus 7 had a few months jump start on the Kindle Fire HD that has been out for a week now. Certainly, the numbers will change, maybe in the coming days Kindle Fire HD catches up to the Nexus 7 but that's to be seen. B&N's latest NOOK tablet also poses a threat to both these tablets.

Which tablet do you prefer, NOOK HD, Kindle Fire HD or Nexus 7?