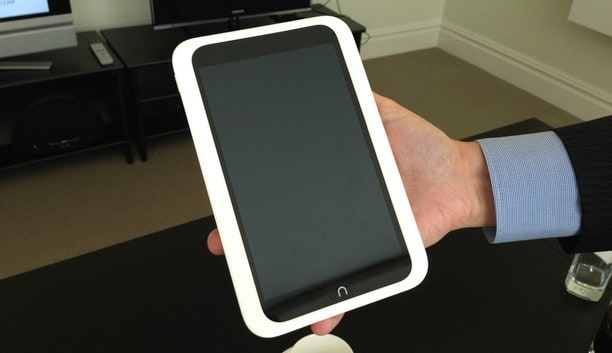 2012 truly is the year of the tablet and what's surprising is that it's not the year of the Android tablet – yet, all these tablets are running our green Bugdroid friend in disguise. Both Amazon and Barnes & Noble have been successful with their quasi-tablet line of slates but, this year we've seen Amazon's Kindle Fire range evolve into what can only be called a fully-fledged tablet. Barnes & Noble have never been content to leave Amazon to it and so here comes the Nook HD and Nook HD+ line of tablets. Both of them feature high-resolution displays, a dual-core CPU running at 1.3Ghz for the 7" Nook HD and a 1.5Ghz CPU for the 9" Nook HD+. The new duo of tablets will have access to their newly announced Nook video store and are said to be running a "forked" version of Android 4.0. Of course, whether they've actually forked it or just used the codebase to create something new is a different matter however, once again, Android is running the show and yet nowhere to be seen. 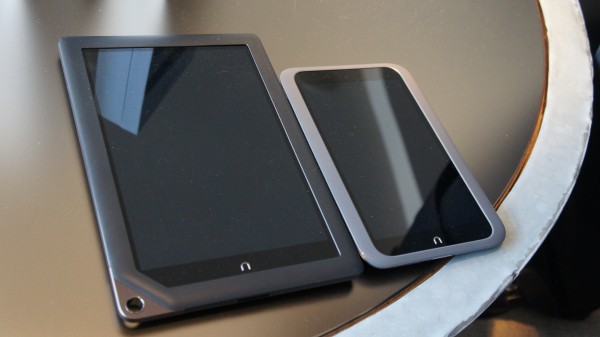 As a 7" tablet you'd expect to have pretty much the same specs as everything else doing the rounds and you'd be mostly right – there's a dual-core CPU at 1.3Ghz here with 1GB RAM. Unlike the new Kindle Fire HD though, it only comes in 8GB or 16GB as opposed to Amazon's 16 and 32GB. There's no word of whether or not MIMO technology is here as it was in the Kindle Fire HD line but, there's one big thing that might make the Nook HD more your kind of tablet – 1440×900 – that's the resolution of that 7" screen. Quite frankly, that sounds like a dream to me – I read a lot on screens, PC, phone, Tablet and everything else but a lot of the time my eyes are sore after a few hours of use. With a resolution that produces such a clear image, reading might just become easier than any e-reader out there. Also, a resolution that high can't hurt when it comes to movies now can it?

Being the big brother of the two new tablets, the Nook HD+ comes with a little more power – a 1.5Ghz CPU – as well as more storage, from 16 to 32GB with room for a microSD card slot. Something that's not only not present on the Kindle Fire HD line but not even on the Nexus 7. It's a 9" device with a resolution of 1980×1280, narrowly beating the Kindle Fire HD 8.9" model by 80 pixels. There's no LTE on board here but, you do get room for extra storage which could potentially make this your one stop movie store on the go – regardless of where you can get WiFi.

So, now that Barnes & Noble have caught up to Amazon's offering once again, have they bested the online giant or are still playing catch up? Personally, I'd have to choose the Nook as their 7" offering with that killer screen really is a sight for sore eyes – books are going to look really good on that display and if they've used a decent panel then there'll be no contest. The inclusion of LTE on the larger Kindle Fire HD is compelling but, with such a paltry data allowance – just 250MB – I think I'd rather take the added storage option of the Nook HD+. This is one editor's opinion but what about price? Well, the 7" versions on the Nook side of life will run you $199 for 8GB and $229 for 16GB – clearly you're paying for those extra pixels – whilst the Fire side will run you $199 for 16GB and $249 for 32GB. Question is, do you want more storage or a better screen? On to larger things and the 9" Nook HD+ runs $269 for 16GB and $299 for 32GB, making that $30 jump a bit of a no-brainer, the 8.9" Fire will cost $499 for 32GB and $599 for 64GB – that's pretty pricey but there's an added cameras in there as well LTE to factor in.

It's a tough decision so, let us know what you'll be going with!