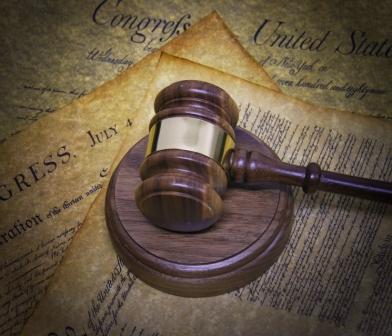 It would seem that things with Apple and Samsung have cooled down, but alas, you have been mistaken! They are still there behind the scenes. We are starting to hear about rulings in the ongoing preliminary hearings.

Judge E. James Gildea has been one of the judges thus far and has given his ruling on at least 4 of Samsung's patents. Samsung originally had 5 patents, but has since dropped one. However, the judge's ruling? That all 4 are not valid or hold any precedence. The patents in regards to this are ruling are:

Each patent is a clickable link to read about more details for each patent.

Even though a judge has ruled that Samsung's patent claims are inclusive, it could now go to "six member commission board" in the ITC for review. Of course, Samsung will be on top of their game making sure the review covers every aspect and is "thorough." Doing this will require at least two big hurdles for Samsung. Apple was basically granted "no domestic industry" in regards to these patents, and it can be very difficult to get these overturned.

Final rulings will be in about 4 months at which point Samsung can bring it to United States Court of Appeals in the Federal Circuits. Samsung was definitely hoping for a win here in regards to these patents, but they have had it all slapped in their faces yet again.  At what point will something happen in favor of Samsung? It would seem Apple has their bases covered, and covered very well at that.

Apple would seem to be doing really well when it comes to these patent litigations. Do you think there is some type of foul play at hand? Maybe Apple is paying some big dogs behind the scenes, or is Samsung really guilty?