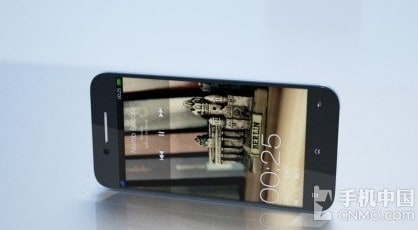 The whole 5 inch phablet concept is an interesting one. It's a smartphone, but it's a tablet. Of course a 5 inch phone is a bit big for some people, but at least with myself, a 4.3 inch screen actually looks a bit small next to my hands.

We've covered the upcoming Galaxy Note II as it gets closer to being released and aside from LG also launching their own competitor, it seems a Chinese company is wanting to get in on the action as well. A company by the name of Oppo which also created the Finder which was pegged as the World's thinnest smartphone at 6.65 mm, is planning on launching the Find5 X990.

One of the really standout features of this 5 inch phablet will be none other than the display. Apple has been the winner when it comes to smartphone and tablet displays for some time with their Retina displays that, with the iPhone 4S, offers 326ppi. If Oppo can get this device to market, they're going to squash that with their display. At a resolution of 1920×1080, the Find5 X990 will have an astounding 441ppi.

That's quite the jump and will be the highest definition screen on any smartphone. The Find5 will also feature a quad-core Qualcomm Snapdragon S4 Pro APQ8064 processor and run Android 4.1 Jelly Bean. That's all we know for now, but we'll keep you posted as we get more details about this phone.