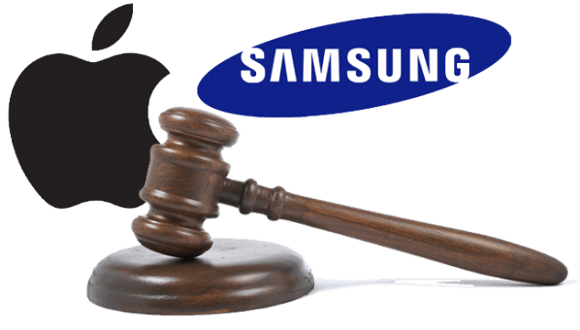 The Apple vs Samsung trial started just several weeks ago and today, came to an end. Apple claimed that Samsung infringed upon their patents, both technical and design, and because of that, damaged their company in terms of sales and people confusing some of Samsung's devices for theirs. Samsung fought to prove that they were innocent, as well as prove that Apple's patents were invalid.

Unfortunately, Apple seemed to get the upper hand this time around. Samsung is ordered to pay $1.05 Billion for patent infringement which is much less than the $2.52 Billion that Apple was originally gunning for. The exact amount is $1,051,855,000.

Damages were spread across all of the infringing devices and there's a chance that they could increase due to willfulness in the court. The jury's decision was reached rather fast despite having over 700 decisions to be made. Judge Lucy Koh did have some concerns with the verdict however.

Appeals are expected in the meantime and this battle is truly just beginning.

Advertisement
Trusted By Millions
Independent, Expert Android News You Can Trust, Since 2010
Publishing More Android Than Anyone Else
27
Today
66
This Week
347
This Month
4330
This Year
105807
All Time
Advertisement