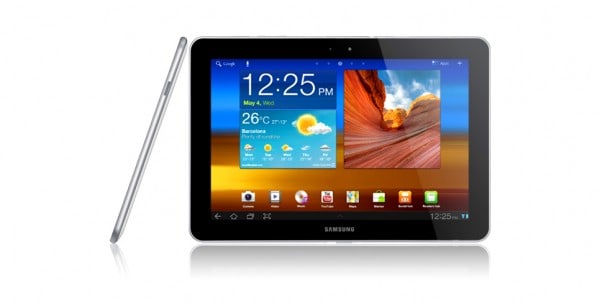 If you happen to own any of the above mentioned tablet then hook up your tab with the PC and fire up KIES to update your tab. You can also try the OTA method but I doubt if the update is available via OTA at the moment. The update package is pretty large, so it will take some time because it will download and then install the update as well.

Looks like Samsung is finally taking some interest in updating their old line of tablets, better late than never. We can only speculate how long it will take Samsung to bring out the Jelly Bean update for the tablets, maybe next summer. [too soon?]

So, if any of our readers have received the update then feel free to let us know by commenting below and tell us how smooth ICS feels on the Galaxy Tab.

ProTip:  If the “Check for updates” method doesn’t work for you then try the following steps.

– Goto Settings>Apps>Google Framework
– Force Stop and Clear the Data/Cache of the Framework.
– Now, Check for updates
– Repeat the method for at least ten times and you’ll probably hit jackpot.