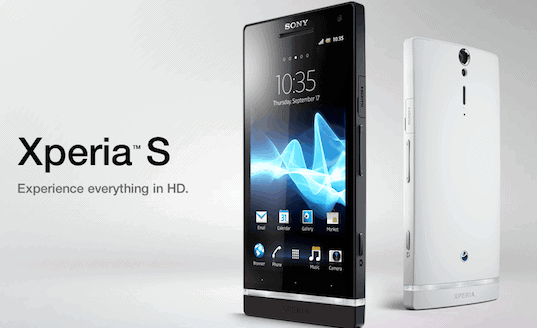 I'm the type of person that realistically doesn't like to use anything but stock Android with a few tweaks and whilst, that might make me seem a little strange. I know a lot of you out there are clamoring for such a thing of course, not everybody is willing to get their hands dirty to liberate themselves from a skin like TouchWiz or Sense. As well as, ROMs can be a little temperamental, sometimes things go wrong and sometimes stuff doesn't work. This has gotten a lot better in the last couple years as more and more developers hit the scene. Still, there's nothing quite like knowing you have some form of support straight from Google. In fact, I'm sure that a lot of people see the "Google" logo on the back of their Nexus device a badge of honor.

Google is looking to do just that with Sony's Xperia S starting with a new experiment to support the phone through the AOSP – the Android Open Source Project – which is essentially where all the code comes for these stock ROMs I'm sure a lot of you are enjoying. Jean-Baptiste Queru, the man behind the AOSP has gotten the ball rolling on getting the Xperia S – the Sony LT26 – AOSP support by adding it as a hardware target. There's already a Git project set up for this and there's talk ongoing on whether to use Sony's Kernel or to go with the Kernel that the CyanogenMod team are using for the device. If this doesn't seem all that exciting to you then don't worry, not a lot is going to come from it for a long time but, this is certainly new territory for the AOSP. For the first time supporting hardware targets other than Nexus devices has not only been discussed but, also put into the action. If this experiment kicks off then we could well enjoy support from the AOSP for a number of devices in the future but, it certainly shows that the community is having enough effect for the AOSP to notice.

You're probably thinking why the Xperia S was chosen for this experiment and not something else. For that, I'll let you hear from the man himself, Jean-Baptiste:-

"it's a powerful current GSM device, with an unlockable
bootloader, from a manufacturer that has always been very friendly to
AOSP."

What's particularly interesting here is that Sony were accredited with inputting much more code to the AOSP than any other manufacturer recently, coupled with the ability to unlock the bootloader and you have a powerful device, indeed. The focus on GSM here doesn't shock me either. You can join in the fun, as well as see how this all started in this Google Group. Now, I sort of wish I had gone for the Xperia S than my One X, or do I?