I've had to take step back lately from some of my responsibilities at Android Headlines, and when our editor Chris gave me this story, I kind of thought of it as a punishment. My first reaction when I read the email was, "hell, why not just save a few months worth of data plan charges and buy a real phone", but that was shortsighted. I was actually really surprised to see that there are so many decent (but older) phones available for less than a hundy.

You aren't going to get a top of the line, multi core device running ICS with any of these devices, but you'll get a pretty solid performer no matter which phone you select. And if you are inclined to do it, there are CyanogenMod 9 nightlies available for a few of these phones. ICS, and quite likely Jelly Bean could be within reach of some of these newer old devices.

Now, with that out of the way, on with the list.

10. Sony Xperia Play – Verizon Wireless $19.99
I mocked this phone and its built in game controller relentlessly, and it apparently affected a few buying decisions as I've never seen even one in the wild. Game controller aside, this isn't a bad device. It sports Gingerbread along with its 1GHz Snapdragon processor, but gaming is hindered by by the 1500mAh battery and 512 MB of RAM.

You won't be rocking the LTE goodness with this, well, odd device but you will be able to root this sucker and get your CM 9 jollies in pretty short order. 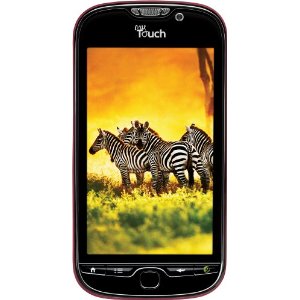 The MyTouch 4G is an older device, but it is T-Mobile fauxG capable, so it can't be all bad. Can it? It's hindered by its 1Ghz Scorpion processor and 512MB of RAM, but it runs Gingerbread and has a 5MP camera that does a pretty nice job. The 4G isn't all that it's cracked up to be, but if T-Mo has good coverage where you are  and your budget is $50, this is the phone for you.

8. Motorola Droid Pro – Verizon Wireless FREE
This is another phone that I mocked because it might sort of look like a Blackberry, but then I used one. It's not such a bad device.

Now, I'm going to lead with the fact that this phone is stuck on Froyo, but there's a lot that can be done about that. The 3.1" display is larger than any full keyboard Blackberry, and it's a touchscreen. Not a trick that the dumbass Blackberry has ever been able to pick up.

The keyboard is a bit odd and it takes some getting used to, but this was by far the best Android physical keyboard that I've ever experienced. Moto isn't exactly known for the quality of their cameras, but the 5MP shooter on the back of this oddball isn't the worst that I've seen.

If you're a Blackberry refugee that still pines for those tiny little keys, you can't do much better than free, though you'll have to do without 4G LTE.

Froyo be damned, because this old dog can still hunt if you're willing to give it a little effort. Back in the day people used to salivate over the successor to the Droid X, and I know a few people that used to love this device.

This old girl is hiding a dual core Tegra 2 under her skirt, but that 512MB of RAM sure won't turn any heads. Once you get over the flaws, you'll find one of the better 8MP cameras that Moto ever shipped based on images that I've seen, and the 720p videos aren't too shabby either.

Again, no 4G for this device, but with a limp 1500mAh battery, that's probably a very good thing.

6. Samsung Droid Charge – Verizon Wireless $99.99
A Galaxy this ain't, but it is a decent 4G device for under a hundred bucks.

Apparently designed prior to Samsung's decision to fashion all of their sDevices after iDevices, she isn't much to look at, but beauty goes more than skin deep on this one. The Charge is stuck with a single core 1Ghz Hummingbird processor, but it's loaded with 768MB of RAM. Don't let anyone lie to you: (RAM) size matters.

Your Charge will come with Gingerbread on deck, but you won't have to look far to make that little issue go away. Once you do, you'll have a nice device that will perform pretty well for what you paid, and it will take pretty nice pictures too. The 720p videos that this thing takes aren't the best, but they're miles ahead of HTC video quality.

5. Samsung Stratosphere – Verizon Wireless $99.99
This absolutely has to be one of the best phones under $100 that Verizon has ever sold, even if it does have TouchWiz.

It is stuck with a 1Ghz processor and 512MB of RAM, but that keyboard slider is the nicest of all the keyboard sliders that I've ever tried. The Gingerbread OS thing isn't that big of a deal, because this is another phone that can be set free from its, but it runs Gingerbread well enough for a $100 phone. I'm not certain of the camera or video capture quality on this phone because I've never seen the results, but at 5MP and 720p don't get your hopes up too high.

4. Samsung Galaxy S 4G – T-Mobile $99.99
I struggled with ranking this phone in the top 5 because of the limited T-Mobile network, but in the end I put my Samsung hatred aside and did the right thing.

Again, you'll need to set this phone free from its Gingerbread prison, but your efforts will be well rewarded if you do. The Galaxy S started the Samsung ball rolling and it still qualifies as a winner. Your new Galaxy S will come with a 1Ghz processor and 512MB of RAM, as well as a 5MP/720p camera on the back.

The Galaxy S is also 4G capable, but T-Mobile's definition of 4G is the weakest of them all. Aside from the 4G that really isn't 4G, there's also the fact that it is available almost nowhere. If you can look past that and otherwise get good T-Mo coverage where you are at, this is a bargain at this price.

I may not like the Samsung sDevices, but this is one knockoff that you won't be ashamed to pull out of your pocket.

It's an impressive enough phone. It has a dual core 1.5GHz processor, a full gig of RAM, a really nice 4.3" display and a fairly beefy 1785mAH battery. Its stuck on Gingerbread, but we all know that's not really a problem.

On paper, everything about this phone says that it is a solid device, I've just never been impressed with what Motorola has here. For $99 it's a no lose situation, but do yourself a big favor and look at one of the top 2 phones on the list before you commit to Moto on this one.

2. Samsung Galaxy S II – AT&T $99.99
The Galaxy S got the whole Samsung ball rolling, but it was the S II that really pissed off the people in Cupertino.

The S II is another device that might remind you of other phones with its understated design, but it is a performer like nothing else from its time period. You'll get Gingerbread out of the box, but Samsung is absolutely positively maybe bringing ICS to the S II in the future if you don't get around to doing it first.

The dual core 1.2GHz processor and full 1GB of RAM make TouchWiz not so offensive, but TouchWiz 4 is still there. You'll also find an 8MP, full 1080p camera in this phone, and it would rank very high on the list of Samsung cameras.

My personal distaste for the Samsung design inspiration aside, the Galaxy S II is a very suitable replacement if the $200 Galaxy S III isn't in your future.

The Ion is a classic Sony styled device that distracts you with its simplicity, then knocks you over with its specs. Open the cover on this 4.55" display device and you'll find a dual core 1.5Ghz Snapdragon processor, as well as a full gig of RAM. But the goodness doesn't stop there. At 1900mAh this isn't the best battery in its class, but it's better than most of the devices that made this list.

The Ion is packing a 12MP rear shooter, and from the samples I've seen it's a pretty impressive shooter. Though I've not seen a sample video shot with this phone, it claims to capture in full 1080p, so it's likely to impress as well.

The Ion is running on Gingerbread at the moment, but Sony has stated its intention to upgrade the Ion to Ice Cream Sandwich, but Jelly Bean isn't out of the question either.

How or why AT&T is selling a one month old phone with these specs for $100 is a mystery.


Trusted By Millions
Independent, Expert Android News You Can Trust, Since 2010
Publishing More Android Than Anyone Else
0
Today
145
This Week
390
This Month
1038
This Year
102517
All Time
Advertisement