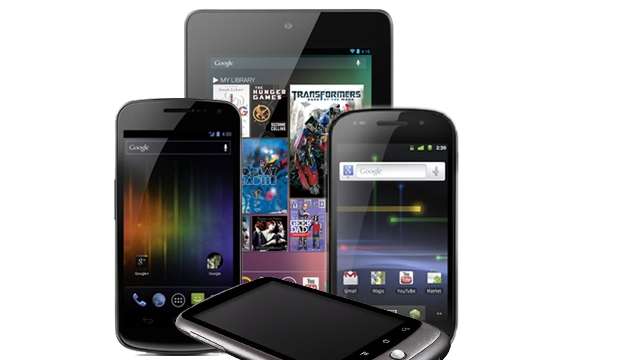 Every time Google announces a new version of Android, it launches on a brand new Nexus device. Gingerbread launched on the Nexus S, Ice Cream Sandwich on the Galaxy Nexus and Jelly Bean on the Nexus 7. Now the Nexus line began with the Nexus One which was built by HTC, it was meant to be a developer device because it was completely stock Android. Updates came straight from Google, no carrier testing. When the Nexus S came out, other manufacturers were heavily skinning their devices and not pushing out updates like they should be, and that was the start of Nexus devices becoming more of a consumer device than just for developers. So what is Google's plans for the Nexus line next? We now finally have a Nexus tablet, the Nexus 7.

What's next for the Nexus line?

The Nexus line of devices started with the Nexus One, manufactured by HTC. The support for the Nexus One was unmatched at that time. The device got software updates weeks and usually months before other Android devices saw the same update. The Nexus One support was dropped shortly after Ice Cream Sandwich was announced, Google announced it wouldn't get updated, and that the Nexus One had seen the end of its life. Next came the Nexus S, which Google switched partners to Samsung to build this beauty. The Nexus S launched on Gingerbread, Android 2.3, and is still supported for Android updates now. In fact the Nexus S just received the Jelly Bean OTA this week. The third Nexus device was the Galaxy Nexus built by Samsung again, and launched with Android 4.0 – Ice Cream Sandwich and was the first to see the update to Android 4.1

That brings us to Jelly Bean. At Google I/O in late June 2012, Google Announced Android 4.1, but they also announced and showed off two completely new Nexus devices. The Nexus 7, which is a 7" tablet built by ASUS with a very low price tag of $199. Secondly they introduced the Nexus Q, which is a form of a new Google TV, and built in the US.

Yes, the Nexus 5, with Android 5.0. I think it would be genius to call the next Nexus the Nexus 5. Mostly because it'll be running Android 5.0, most likely have a 5-inch display or something close to it. It'll also be the fifth Nexus device (Nexus One, Nexus S, Galaxy Nexus, Nexus 7). We've also heard rumors of Google launching 5 Nexus devices this fall. So how'd you like to manufacture the next Nexus? I'd like to see Google sell one from each of the 5 major manufacturers including Motorola, Samsung, HTC, Sony, and LG. What I'd also like to see, but I doubt it'll happen, is to see all the Nexus 5 phones for sale in the Play Store. Including the CDMA versions for Sprint and Verizon. What are your expectations for the Nexus 5? Check out the Android Headlines round up of manufacturers we want to see in a Nexus program.

Where is Android's future headed?

We all know that some of these Android devices has crazy specs like 2GB of RAM, and a Quad-Core CPU. Oh and there's also a 5.3" display on the original Galaxy Note. So Google going to modify Android to work better with 2GB of RAM and Quad-Core processors? I certainly hope so. Within the next year that will probably be all we see coming from our favorite manufacturers. What about bigger cameras? Like a 12MP one. Well so far only one device that I can think of has a 12MP camera, and that's built by Sony.

Now we are down to who will build the next Nexus. If the rumor is true of multiple Nexus' being released at the same time, we would probably see it from a few manufacturers, so what would each Nexus specialize in? If Sony builds it, it'll be the super camera Nexus because Sony puts some high megapixel cameras in their devices. But if LG builds it, we will probably see a 1080p display on the Nexus 5. If Samsung builds the Nexus we'll continue to see the slightly contoured display that we have in the Galaxy Nexus. The HTC Nexus might have some great camera software, but where it's stock Android that may not happen.

There are several paths that Android could take and we could continue to guess all day long. But what's for sure is Android isn't going anywhere. Apple can sue Google, Motorola, HTC, and the others as much as they want, Android will still be around and still be number one.