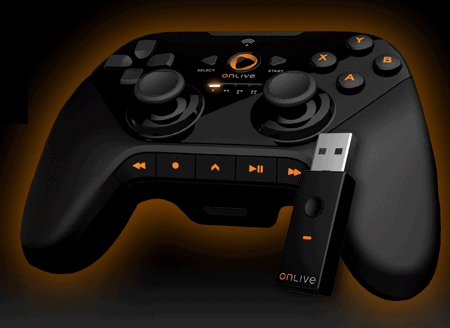 More and more companies are realizing that Nexus 7 is going to be big success in the market. It's not surprising considering the great reviews that Nexus 7 got, and the fact that it quickly sold out at almost all retailers. But besides being a great overall tablet, it's also great for gaming, thanks to its quad core Tegra 3 processor, and the many 3D games that are optimized for Nvidia's processors.

With more 3D games coming to Android that look more like PC or console games than games that are made specifically for mobile, I think there will be a trend of increased support for all kinds of games and Android devices. OnLive, the cloud gaming service that allows you to play full PC games on any device, because it does most computation on their servers, does not currently support the Nexus 7 with their controller, but they are promising support for it very soon.

If the Nexus 7 sells very well indeed, it and Android tablets in general will continue to get even more support, and will make it possible for Google to even release a "Nexus 10" tablet in the future. But that's only if through the popularity of Nexus 7, they manage to convince a ton of developers to update their apps for Android tablets. Otherwise, Android will still be blamed for lack of tablet optimized apps on 10" tablets.