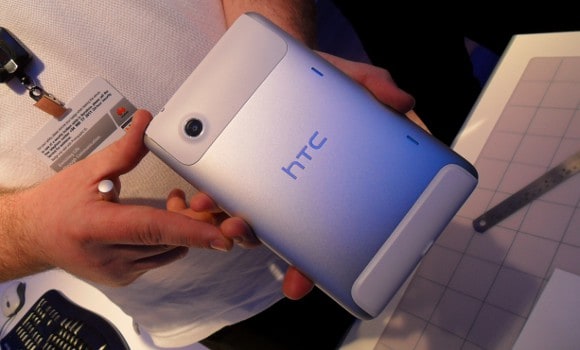 HTC has had some noteable success in the smartphone market and decent success with tablets. As of lately, their One X, One S, and EVO 4G LTE are doing well and getting good reviews. They announced today that they'll be working on a new tablet for the UK, the next generation tablet in their HTC Flyer line. Details are rather slim, no photos, specs, available on which carriers, release dates, none of that.

This news comes on top of the fact that Android 4.1 Jelly Bean started to roll out the day prior. Manufacturers are sure to be diving into the source code and hopefully getting it working on existing devices as well as new ones. A couple of the biggest features with Jelly Bean are Google Now which is Google's very own voice recognition/voice action software that performs extremely well, even better than Siri available on the iPhone 4S in numerous tests.

Another great feature is Project Butter which gives a much faster and smoother experience. Everybody wants their device to run faster and Butter doesn't disappoint in that aspect. Since HTC has announced work on a new tablet that will potentially be powered by Android 4.1, it's to be expected that more manufacturers will be announcing work on new Jelly Bean powered tablets as well.

While all of this is fine and dandy, Google's Nexus 7 could cause some problems for other companies. At $199 for quad-core power, HD display, 1GB RAM, and so on, it's hard to consider any other Android tablet currently on the market.