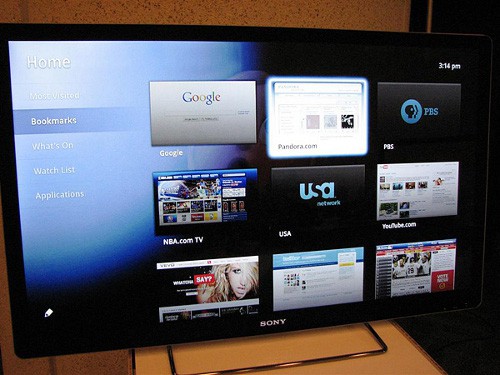 The future of Google TV has been a bit grim as of late. During Google I/O last month, the developer conference dedicated to all things Google, Android and beyond, no updates or new features were announced for Google TV which had a lot of people scratching their heads. Surely if there was something new coming to the platform, employees would have announced it at I/O.

According to GigaOM, there is some good news for customers. Airplay-like functionality will eventually be making its way over to Google TV. Available on the Youtube app first, the functionality will then open up to third party developers. In case you're not familiar with the functionality, basically it allows you to control media directly on the TV from a tablet or smartphone.

Updates and/or new features are very slow getting to Google TV and one can't help but wonder if the Nexus Q, the media streaming devices unveiled at Google I/O, is the company's vision of the next evolution of TV and why we haven't seen much in regards to improving the existing product. For example, the Nexus Q already has Airplay-like functionality.

However, it's not nearly as robust and rich in features as Google TV which allows you to install apps, browse the web, and more, whereas on the Nexus Q, you can only stream music, TV, movies and videos. There's no date yet on when this functionality will make it to Google TV.