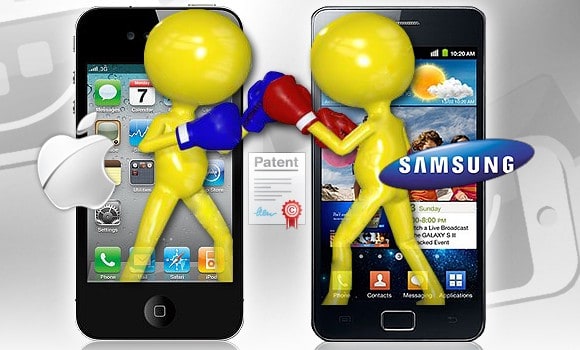 Apple isn't slowing down anytime soon and this time they're making things even more difficult for Samsung after their injunctions on the company's various products, just aren't working. You see, Apple believes that Samsung has copied their products in more ways than one and has been going after them for patent infringement for some time.

Unfortunately, the tech giant's plan to get Samsung's products banned, hasn't worked completely. While they did manage to get the Galaxy Tab 7 banned EU-wide, the Galaxy Tab 10.1 is still for sale after rolling out a new version. As far as here in the USA, Samsung's products are still for sale and haven't suffered the same annoyance as their 7 inch tablet.

It seems now that Apple has realized that maybe their lawsuits against the Korean company for patent infringement, maybe aren't the best way to be spending their time and may not work out in the long run. Now, they want $2.525 Billion in punitive damages and because of the infringements that Samsung has supposedly made. This could be a big hit and cause quite a stir across Android manufacturers.

Essentially, Apple is claiming that Samsung's "infringing" products have caused them to lose the number one spot as the largest manufacturer of smartphones and this has caused Apple to lose hundreds of Millions of dollars. When you realize that Apple has and continues to break sales records and reap in an insane amount of profits, it's very clear that this is greed.

This new bombshell is nothing short of extortion. If Apple wins this case, it just goes to remind us of how corrupt and backwards the patent system is.