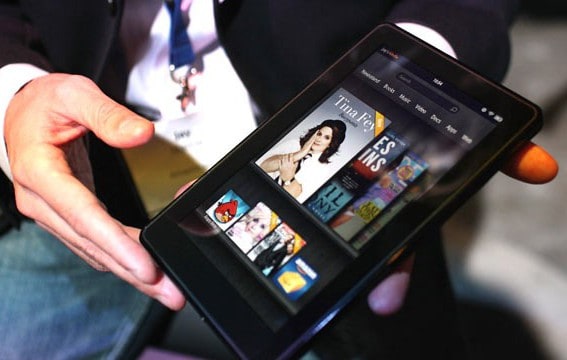 The Amazon Kindle Fire, a 7 inch Android tablet for $199, has been selling like hotcakes ever since its launch back in September.  The ecommerce giant has managed to sell Millions and talks about their next generation tablet, the Kindle Fire 2, has been buzzed about. With all the competition in the space, they're about due for an upgrade. According to a credible source via CNET, Amazon will debut their next evolution of the Kindle Fire towards the end of next month, the date supposedly to be July 31st.

This launch date would make sense, especially considering that the Nexus tablet is said to be debuted at Google I/O this week, easily one of the most buzzed about Android tablets this year. The price for the Kindle Fire 2 is supposed to stay at $199 and one of the biggest features is a much better screen, sources saying with a 1280×800 resolution.

Because of a new Kindle Fire coming out, that would mean the price of the current one will drop. How much, no one knows for sure, but it wouldn't be surprising to see it drop down to $179 or even less. CNET's source also said the next Kindle Fire will have a camera and physical volume buttons. One could expect that if it is to come with a camera, it will likely be front-facing.

Overall, the details are a bit sketchy on what exactly we can expect, the processor, storage, and so on. We'll just have to wait and see, but with competition from Google who's soon launching their own 7 inch tablet, Amazon better have a good game plan and product to boot.