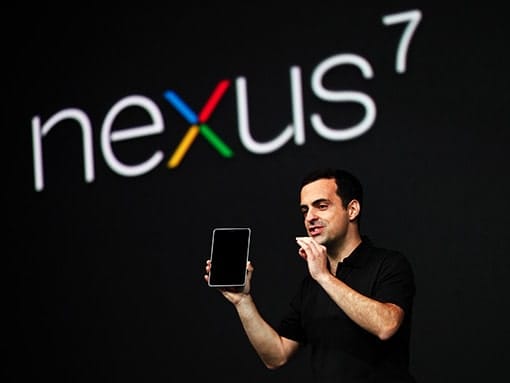 The Google I/O Keynote for 2012 has come and gone, you came, you read, you saw but you still want more. For those of us that aren't all that lucky to go there then all we can do is sit back and watch others fondle the device that we're all looking forward to getting our hands on.

Thankfully, these lucky folk throughout the internet have given us all that we want to see and so, below I'm going to round it all up for you so that you don't have to spend all that time looking for it.

To say that the Nexus 7 looks like a nice device is a gross understatement, whilst there's no rear-facing camera the rest of the tablet is of top notch. From that gorgeous Hi-Res screen to the blazing 12-core GPU this device looks set to eat the Kindle Fire for breakfast, over and over again. We could talk about the Nexus 7 all day long I'm sure but, by now you want to see what it's like in action. Well, read on my friends.

The guys over at SlashGear were lucky enough to get there hands on the new hotness from Google, check out their thoughts below:

Of course, in true Google I/O fashion, Engadget were there to give us there take on the new Nexus:

Our friends over at Phandroid also were lucky enough to get their mitts on the little fella and you can see that below, as well:

Lastly but not least we'll leave with Android Police and their look at the new tablet:

Now, Jelly Bean isn't going to look the same on everything, I think this much we all know by now however, it's main port of call is going to be the phone and whilst there isn't a lot of videos floating around of Jelly Bean running on a phone Pocketnow's Brandon Miniman decided to test the emulator waters to give us a little look at the phone OS:

Now, I'm going to leave you with something that should bring a smile to your faces, that's right, it's this year's Android easter egg, courtesy of our friends over at Droid-Life!