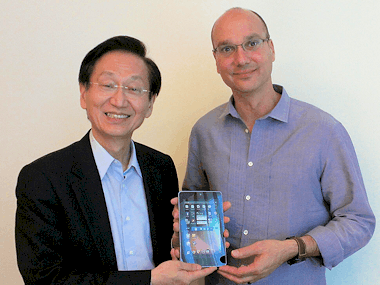 It's not surprising that the Nexus 7 was no easy task to complete, after all Google have long partnered with phone manufacturers on their Nexus line of phones so, they'd be good at that by now but, there not exactly at home when it comes to tablets. The Motorola XOOM was a little bit of a troubled child and I don't think it ever found out who its father was, Verizon, Motorola, Google? Who knows. The Nexus 7 however lives in a fantastic nuclear family and has two clear parents, ASUS and Google. Details have now come through on how the two of them got the device ready for shipping so quickly and, more importantly, how they can do it for that spectacular price.

It's been revealed that ASUS had only four months to complete the product and that those four months weren't quiet for either Google or ASUS. Jonney Shih, ASUS' chairman has revealed to AllThingsD that his engineers would tell him that "it was like tortue" as well as revealing that Google can be demanding adding that, they "ask a lot". Within ASUS, the project became referred to as "Project A-Team", the high stakes led Shih to station engineers and developers for the product all over the place. Including Silicon Valley, to be closer to Google as well as enabling them a 24-hour work cycle. However, even this wasn't enough to keep on track and thus Shih, had to add a further 20 people to the team and, on top of that, a further 20.

Of course, the project seems to have been a success and Andy Rubin gives the team at ASUS immense credit saying that " I don't think there would have been any other partner that could move that fast." adding that they "went from zero to working product in four months". Big praise from Rubin there and I certainly think that ASUS have done an awesome job of it, to produce a tablet with not only high-grade internals thanks to the Tegra 3 but also high-grade materials resulting in a laminated IPS display and hi-resolution, too.

Andy admits that Android tablets haven't exactly had a stellar year and that he realises that with tablets the user is buying into an ecosystem rather than a great piece of hardware. Google Play has risen up to become that ecosystem in recent months and with the addition of TV shows and the ability to purchase movies it looks like the whole store is getting a much need shot in the arm. Rubin concedes "I think that was the missing piece" and it certainly looks like the missing piece is filled in, at last,