Both Google and Samsung have been pushing for phones and displays that curve for the past one year and a half since the Nexus S, but to be honest, I've never really understood them. I don't see this as a huge benefit to the user, but more like a gimmick, that might even hurt the experience if done wrong.

Samsung is expected to ship a lot of their flexible OLED displays later this year, called Youm, so it's obviously very popular with whoever plans on using them in devices. I don't see them being very useful in phones or even tablets, but there may be some interesting markets for them like in smartwatches (a bended watch display over your wrist?) or TV's. I could really see them in large TV's as they would have pretty unique shapes and would help make some very interesting TV designs. 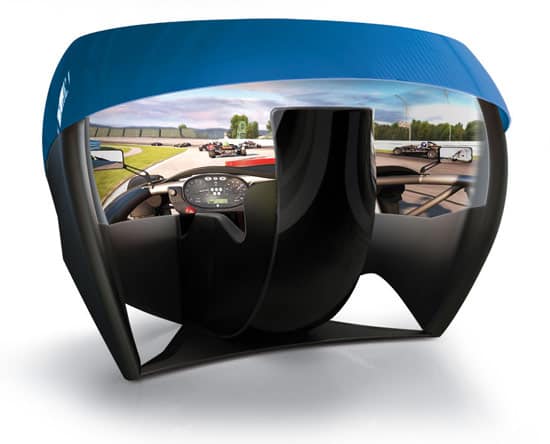 It could also be used for a PC monitor intended for gaming, where you could see everything in your field of view, just like in reality. For large displays like this it could be very interesting indeed, but for smartphones and tablets I'm very skeptical that they will be useful, and the fact that it's actually an OLED display rather than a Super AMOLED one, which consumes a lot less power and is better in daylight, also makes me think that their first customers for such devices are not smartphone makers.