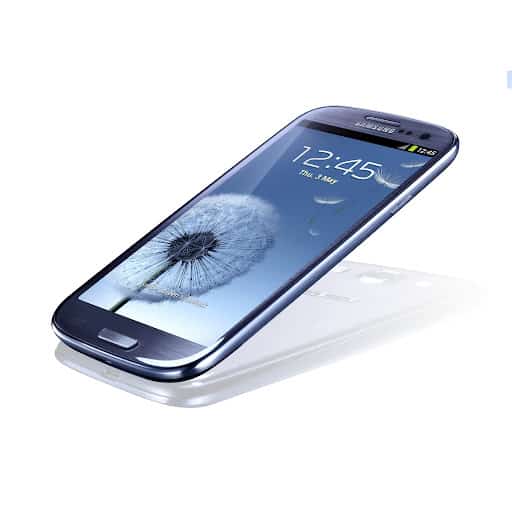 I was so sick and tired of reading all of the leaks and rumors about the Samsung Galaxy S lll. I mean, it was very Apple like with ALL of the Android bloggers writing and tweeting every single baseless rumor about a phone nobody had even seen. Well, today was the big day: Samsung Unpacked. Man, what a letdown.

I'm not going to go too deeply into the specs, you can read more about all of those details, I'll just say that the S lll is a minor refresh of the Nexus hardware. A little processor bump, little bigger version of the same screen and a bump in the camera. That's it. Well, there is that stupid home button that Samsung has used, and there is also that very iPod looking case. But other than those things? I'd rather have a Nexus.

It's obvious that the Galaxy S lll was, to put it politely, heavily inspired by Apple. Look at the hardware and TouchWiz and deny it. You really can't, but the design inspiration that Samsung takes from Apple isn't the root problem that I have with the S lll. It's the old adage: tell a lie long enough and eventually you'll believe it. Samsung actually thinks that they are Apple.

The S lll could have been announced at CES or Mobile World Congress. There were plenty of phones announced at MWC 2012, but not the S lll. Samsung wanted their S lll to have its own little event, complete with its own invitation, so they tried to steal the show with hype instead of hardware.

Then, in Apple like fashion, they tried (and failed) to deliver an inspired presentation to unveil their next flagship device to the world, which in Apple like fashion is not much more than a minor refresh of last year's model. The presentation was, in a word, inelegant. But that wasn't enough, no sir. Samsung even had their "one more thing" moment when they announced that they plan to ape the glass Apple store concept with their own little pop up stores.

I can't stand it.

To be clear, there are some software features of the Galaxy S lll that are interesting. S-Voice seems like it might be a winner with its "hey phone, wake up" feature, but then again we don't know if any of it actually works yet. There is also the Smart Stay feature to keep your phone awake if you are looking at it, handy if you are reading and don't want to bump up your screen timeout interval. What else is there to actually be excited about?

Look, I think it is a fuggly phone, but if you want one you don't have long to wait. It's a device that will probably serve you well, it just didn't live up to all of the pre-event hype.


Advertisement
Trusted By Millions
Independent, Expert Android News You Can Trust, Since 2010
Publishing More Android Than Anyone Else
39
Today
93
This Week
39
This Month
1885
This Year
103364
All Time
Advertisement